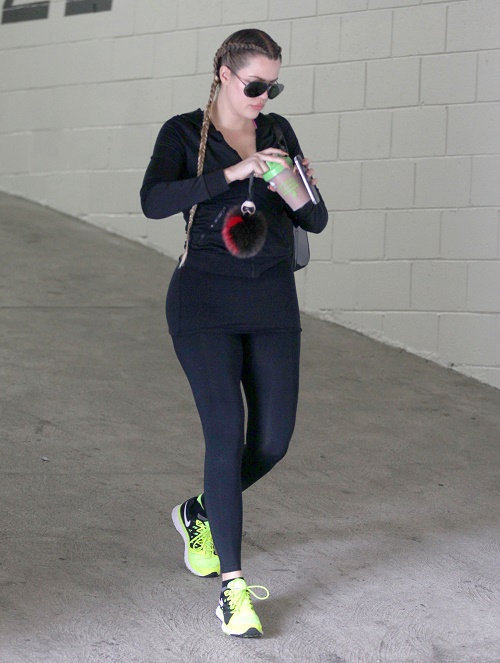 Khloe Kardashian needs to take a trip to rehab, as she’s been partying like an animal and drinking like a fish! You would think after the Kardashian’s failed attempt to have an intervention for her Rob Kardashian that they would give up – but according to a new report Kim and Khloe are now planning an intervention for Khloe Kardashian, who is drinking nonstop and partying seven days a week. Sounds like she has been hanging out with her BFF Scott Disick for too long!

A new report from Star Magazine reveals, “Khloe Kardashian is struggling with singlehood, on top of dealing with Bruce Jenner‘s news about becoming a woman. To ease her struggles, sources say Khloe’s partying schedule is getting out of control. So much that sister Kim and Kourtney are concerned she’s on the road to rehab in no time.” The magazine’s insider went on to dish, “It wouldn’t be a big deal if it was once in a while, but it’s become the norm for her to bounce from one party to the next all week long.”

Khloe Kardashian has always been a bit of a party animal – her DWI arrest was actually featured on one of the first seasons of Keeping Up With The Kardashians. Over the last few seasons of the show, Khloe’s drinking and erratic behavior has been documented – along with her growing closeness to fellow alcoholic Scott Disick. Seriously, with her step-father transforming into a woman, being stuck in one of the longest divorces ever, and living with her troubled brother Rob – it was only a matter of time before Khloe finally snapped under the stressful changes.

On the bright side, Scott Disick is about due for another trip to rehab – maybe this time Khloe can tag along and “get help” for a day too. Do you think that Khloe needs an intervention? Or is her family’s intervention track record a little spotty? Will the KUWTK star wind up in rehab? Let us know what you think in the comments below!