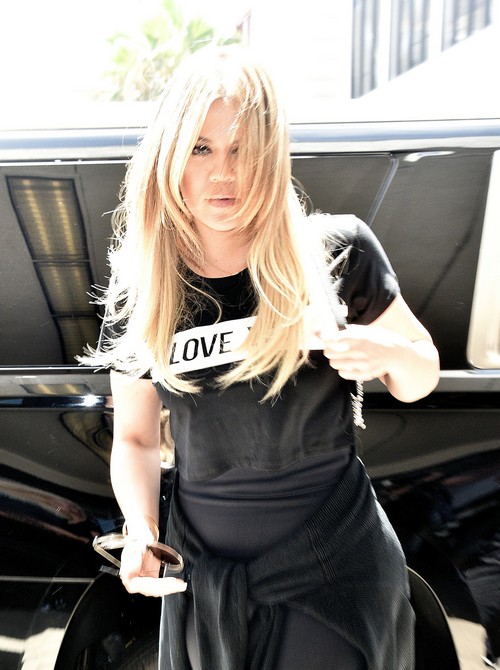 Lamar Odom and Khloe Kardashian are leaving Las Vegas. Now that Odom isn’t in dire straights anymore, it looks like he will be moving back to Los Angeles. The former NBA star and his wife are flying back to L.A. aboard a medical helicopter so that Lamar can get specialized treatment there. It also means that the Kardashians will be closer to Lamar and Khloe, who won’t leave his side.

According to multiple sources, Lamar Odom is responsive and his heart is starting to get stronger. Lamar is not able to walk yet but was moved from the hospital in his bed. Odom is no longer on a ventilator and is reportedly breathing on his own. Lamar seems to be doing much better but he’s not out of the woods yet. There are still some major health issues plaguing the 6-foot-10-inch former basketball star.

One of the biggest issues plaguing Lamar is organ function. Although his heart is reportedly doing better, Lamar Odom is still receiving dialysis and is reportedly having issues with other organs as well. Doctors have warned that Lamar has a lot of healing to do after his 3-day Nevada brothel drug binge and the 4-day coma that followed. It’s too soon to assess just how much damage was done and how much of it can be reversed.

Naturally, Lamar Odom is being treated by some of the best doctors in the business. The Kardashians brought in a team of physicians including a primary care doctor, a cardiologist and a slew of other specialists to treat Lamar at the Sunrise Medical Center in Las Vegas. Khloe, with the help of Kris Jenner, have been working with the medical team to help provide Lamar Odom with top notch care. It’s showing too.

Just days after Lamar was found unconscious in his VIP suite at the Love Ranch South in Crystal, Nevada, the former reality star is reportedly talking and taking visitors. There were even reports that Lamar Odom has been texting back and forth with a select few people.

Khloe Kardashian has been by Lamar’s side since he was first hospitalized. The “Keeping Up With The Kardashians” star has vowed to stay with Lamar until he successfully completes rehab. Now that Odom is being moved to Los Angeles, staying by his side will be much easier. Some are even wondering if the transfer to L.A. is for better medical treatment or if Lamar Odom is being moved to another hospital out of convenience to the Kardashians.