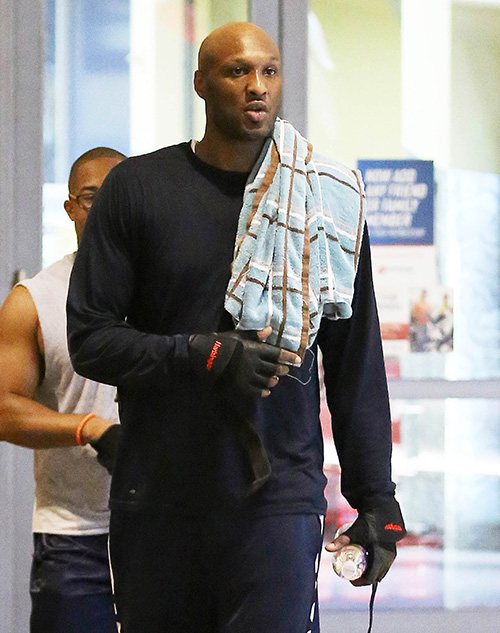 One of the hookers who was partying with Lamar Odom prior to his collapse has now gone missing. Bunny Lain is the woman said to have found Lamar and now she is nowhere to be found. Coworkers of Bunny Lain at the Love Ranch South in Crystal, Nevada are worried for their friend. Bunny was reportedly very distraught after finding Odom near death and according to Love Ranch owner Dennis Hoff, Bunny has been gone from the brothel since October 15.

Dennis Hoff said that Bunny Lain had been crying for day and despite his and other efforts to keep the upset hooker at her home base, Bunny took off. Friends of Lain say she’s in Las Vegas but won’t say with whom.

Lamar Odom reportedly spent time with multiple women during his four day binge at the Love Ranch South. The fallen NBA star was said to be mixing alcohol with cocaine and an herbal sexual stimulant, leading to his overdose and almost to Lamar Odom’ death.

Now we’re left to wonder why did Bunny Lain run away? Sources say that Lamar was using a lot of cocaine while staying in the VIP suite of the Nevada brothel. Is Bunny worried that she might be in trouble for the drugs? Was she using with Lamar before his overdose? It’s not unthinkable for Lamar to have shared his drugs with the hookers he was spending time with.

There is also the theory that maybe Bunny Lain is the one who made off with Lamar’s money. Many questioned Lamar Odom being found with no cash on his person or among his belongings. Friends of Lamar found that unusual because the former Los Angeles Lakers star always kept a large amount of cash on hand. Instead, though, Lamar’s visit to the Love Ranch South was paid for largely by credit card.

There is also the possibility that Lamar Odom might be charged for drugs found in his system. Nevada authorities reportedly tested Lamar’s blood for illegal drugs after he was taken to the hospital. If drugs were found, and they most certainly were, then authorities were going to consider charges against Lamar Odom. Is it possible that Bunny Lain or another hooker at the ranch may have supplied Lamar with drugs?

Dennis Hoff has vowed to let everyone know when Bunny Lain is found. Until then, the upset hooker is staying out of the spotlight and her whereabouts are still unknown.