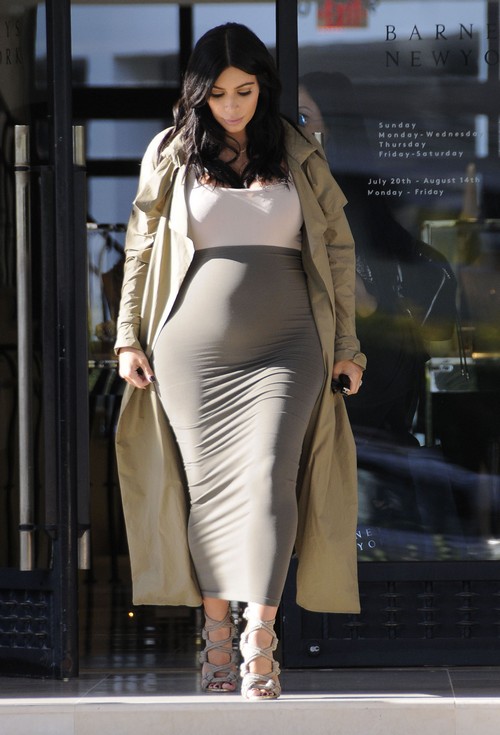 There is nothing Kim Kardashian hates more than divorce rumors, especially when they are true. It’s no secret that the Keeping Up With The Kardashians star has been a hormonal whack job since she announced her second pregnancy, and when she caught her husband Kanye West looking at nude pictures of his ex Amber Rose she flipped her lid and threatened him with divorce papers. Apparently, Kim hates the thought of losing the Kimye brand more than she hates the thought of her husband looking at Amber’s pictures – and she is doing some damage control.

Ironically, just a few days after the Internet caught wind of the Kim and Kanye divorce rumors, a story popped up revealing that the West’s were house-shopping in Europe and looking at a London love-nest. A source (and by ‘source’ we mean one of Kim’s assistants) dished to the Daily Star that Kim and Kanye were interested in a 13 bedroom mansion in Hampstead. The “insider” went on to dish to the Daily Star that Kim wants to raise North West and her unborn baby boy just like Prince William and Kate Middleton are raising their children. Seriously, only someone on Kim’s payroll would actually compare her to the Duchess of Cambridge.

If you think that it is just a coincidence that less than a week after Kim and Kanye divorce rumors hit the Internet a new story popped up that they were madly in love and looking to buy a house together in London, then you are sadly underestimating the power of the media princess. Kim Kardashian knows that no one thought she and Kanye West would last, and the truth is their marriage is in trouble, but the last thing she will ever do is prove the haters right – even if it means having to stay in a loveless marriage that is more like a business transaction.

Do you think that Kim Kardashian and Kanye West will be able to patch up their marriage, or is there a divorce in their future? Did Kim plant the house hunting tory herself to try and combat divorce rumors? Let us know what you think in the comments below!