Kim Kardashian Divorce: Threatens To Leave Kanye West If His Sex-Tape Is Leaked – Proof Husband Cheated On Her 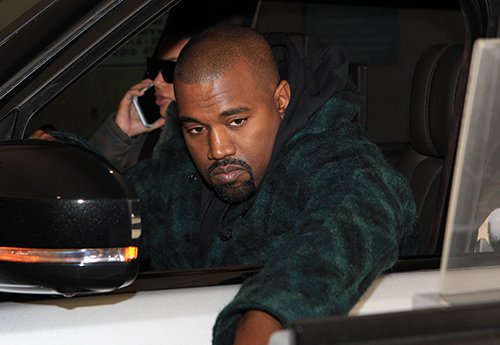 Kim Kardashian is set to give birth any day now, but preparing for labor is the last thing on her mind. The reality TV queen is more worried about her husband Kanye West’s sex tape – and she has reportedly threatened him with divorce if it gets out.

There have been whispers of a Kanye West sex-tape in the past – but now Radar Online is claiming to have the legal documents to prove that it exists … and Kim Kardashian is freaking out.

You’re probably thinking – “you can’t be serious,” how can Kim threaten to divorce Kanye over a sex-tape when she built her entire career on one, and the entire world has seen her goodies?

Well, it’s not really the sex-tape itself that Kim is upset about, it’s when the sex tape was filmed and the woman in it having sex with Kanye that has put her over the edge.

According to Radar Online’s report, the sex tape was filmed AFTER Kanye began dating Kim Kardashian, so it is video proof that he has cheated on her. And, Kanye’s co-star in the tape is an 18-year-old Kim Kardashian look-a-like.

So basically, not only did he cheat on Kim, but he did so with a much younger and hotter version of her. Kanye West reportedly spent millions of dollars in legal fees to bury the sex tape, and it’s not exactly a secret – Kim knows all about it. But she would be mortified if the world knew all about it.

An insider close to the Kardashian camp dished to CDL, “Kim and Kanye finally came to some sort of truce over the sex-tape. But, if it is leaked – it’s a wrap, Kim has already told Kanye that she will divorce him. Her image is at the top of her list of priorities, and she doesn’t want everyone to think that she is weak for staying with Kanye after he made the tape.”

Do you think that Kanye West’s sex tape will see the light of day? Will Kim make good on her promise to divorce him? Let us know what you think in the comments below!