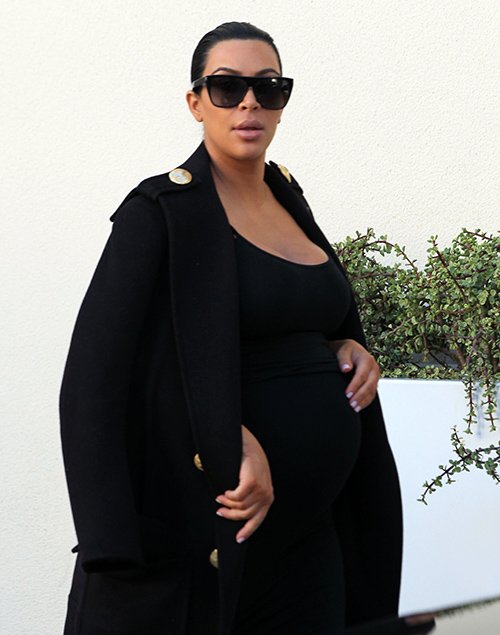 Kanye West has made it clear that both Kris Jenner and the “Keeping Up With The Kardashians” cameras are banned from the delivery room when Kim Kardashian gives birth to his son this month.

West is security as his excuse for banning his mother-in-law and a film crew in the room when Kim gives birth. Of course, Kris is upset and Kim is feeling caught in the middle but Kanye wants to experience the birth of his son without all the distraction – and with a bit of privacy.

Kanye is concerned about the safety of his family when Kim goes into labor. West doesn’t want paparazzi to know which entrance at the hospital to camp out at and he’d like to keep some of the actual birth story details quiet too.

Banning Kris Jenner from the birthing suite is the only way Kanye thinks he can keep his mother-in-law from spilling all the details like she did when North West was born two years ago.

West knows that Kris will often give up information about the whereabouts of her children in order to gain a few headlines.The last thing he wants is for photographers to be lying in wait when they arrive at the hospital because Kris Jenner has them on speed dial.

Kanye would rather keep Kris away from the hospital until after Kanye and Kim’s kid is born. That’s really asking a lot for the “Only One” rapper to tell Jenner to stay away, but maybe he’s shooting high so they can meet somewhere in the middle.

Kim Kardashian is caught up in the birth room drama and wishes that Kanye would just lighten up. Kim can’t imagine giving birth without her mom around. Kris and Kim are super close as we all see on their reality show.

Kanye knows he won’t win that one, but at least he’ll be able to set some ground rules for gossipy Kris. Kardashian would be thrilled to film such a special moment in her life whether it’s aired on “KUWTK” or not.

Kanye West doesn’t want to film the birth at all. He fears that if they do tape it for their own eyes, the footage will somehow get leaked anyway. West figures he’ll just nip that in the bud right now and say no cameras at all.