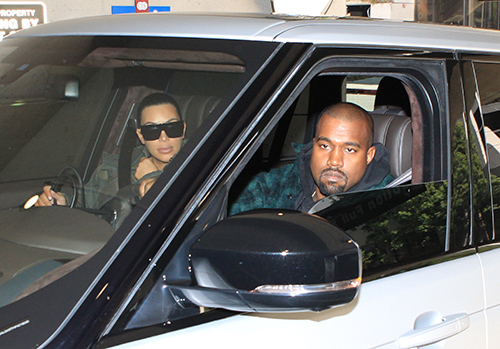 Kim Kardashian hasn’t even given birth to her second child with Kanye West yet and the “Keeping Up With The Kardashians” star has already planned a whole list of plastic surgery procedures she wants in order to get her body back.

It seems that Kim still hasn’t given up on getting her crown back as soon as she gives birth to Kanye’s heir. Now that she is over 35 years old with two kids and a rapper husband who can’t seem to get enough of himself, it’s going to be interesting to see if Kardashian can convince fans that she is still sexy.

Ever since the Kardashian and Jenner sisters all dropped their own websites and apps, it’s been pretty obvious that Kylie Jenner has becoming very popular while Kim has started to drop off a bit. Of course this is natural since Kim is in her mid-thirties now and a mother of two children. Kim Kardashian is desperate not to lose her sex appeal and she’s planning a huge plastic surgery makeover after she has Kanye’s last baby in order to get her body back as soon as possible.

Kim has already had more elective procedures than she can even count anymore. There is a distinct difference between the way Kardashian looks now and when she first started getting famous. Many fans are worried that Kim Kardashian is already on the verge of having done too much plastic surgery and with her plans for more cosmetic work, Kim may end up completely ruining her looks.

Kim is notorious for having some serious body image issues while pregnant and we’re hoping she scratches the drastic plastic surgery she is talking about prior to her son’s birth. Of course Kardashian wants the typical mommy makeover which consists of a boob job, liposuction and a tummy tuck. Let’s hope Kanye West can hold his wife to just the basics when it comes to her planned body makeover. If Kim gets any more work done on her face, the “KUWTK” star really is starting to risk looking overdone.