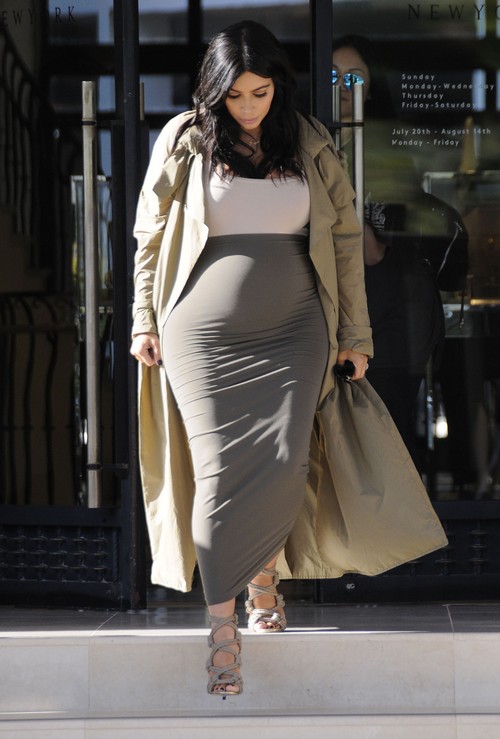 So, what exactly is Naya Rivera and Kim Kardashian’s beef with each other – you know other than the fact that they are doppelgangers? Both Naya and Kim think they are Queens, so you can imagine their frustration that they are constantly being compared to one another. Kim Kardashian thinks Naya Rivera is nothing more than a peasant, and vice versa. Also, Naya has been accused on more than one occasion of stealing Kim’s style.

The Kim Kardashian and Naya Rivera feud became an actual thing and not just something manifested by the media in 2014 when Kim “broke the internet” with her infamous Paper Magazine naked photo shoot. Naya Rivera slammed the KUWTK star for her naked photo spread and tweeted, “I normally don’t…But you are someone’s mother.” Ironically, now Naya Rivera is about to be someone’s mother – and she is posing naked too. So, we’re not sure who is more petty in this situation, Rivera for being a total hypocrite, or Kim for trying to steal her naked pregnancy picture thunder.

One thing is for sure, if Kim and Naya weren’t feuding before – they certainly are now. We’ll never cop to being Team Kim, but we aren’t exactly Team Naya either. You can’t slam someone publicly, and then do the same thing that you slammed them for less than a year later. What do you guys think? Is Naya a hypocrite? Did Kim post her pregnant selfie just to steal Naya’s thunder? Let us know what you think in the comments below!