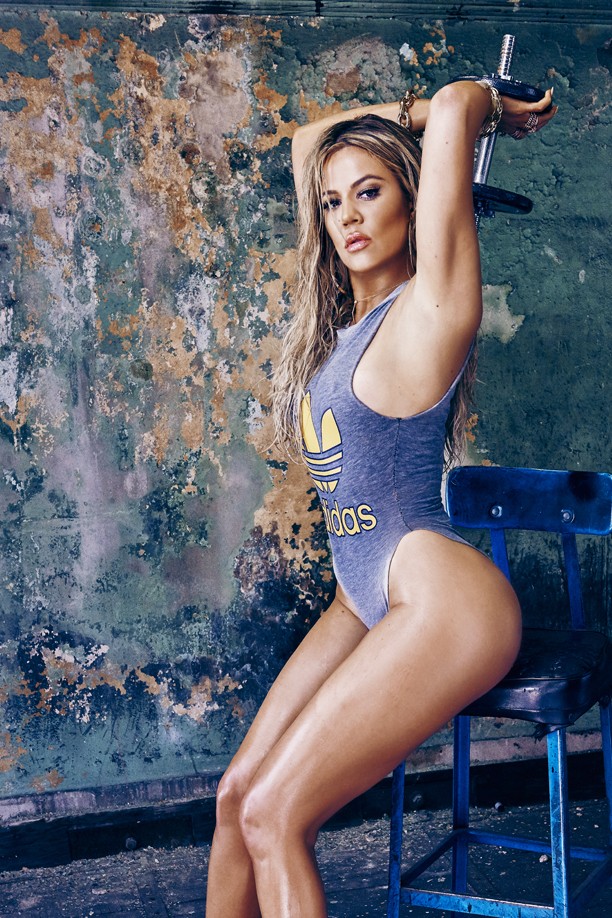 Kim Kardashian admitted to using Khloe Kardashian’s Ugly Sister issues against her by telling Khloe that Kylie Jenner was going to cover Complex magazine if she didn’t step up. It’s bad enough that Khloe constantly gets criticized for being not as attractive as her sisters but Kim uses that insecurity to control Khloe and force her to do things she may have turned down otherwise.

In a recently shared scene from Keeping Up With The Kardashians, Kim is seen lying to her little sister in order to get Khloe Kardashian to pose for the cover of Complex magazine. Apparently Kim knows what she’s doing because that Complex magazine cover was a huge boost to Khloe’s popularity but it almost didn’t happen.

If it weren’t for Kim using a bit of sibling rivalry to manipulate her sister into agreement, the youngest Kardashian probably would have opted out.

In the clip, Kim is talking to Kylie Jenner when she confesses to using their youngest sister’s soaring popularity to get her own way. Kim told Kylie:

“Did you know that I told her that you got offered the Complex cover?” Then Kim went on, “Kylie’s gonna get the cover, and this is your one time. Do you want your 17-year-old sister to outshine you? Step it up right now or Kylie’s doing the cover.’”

Of course Kim thought the whole manipulation of Khloe Kardashian was pretty funny. While the Complex cover did deliver a huge boost to Khloe’s career, it was the fear of letting Kylie do it instead that was really telling.

Everyone sees how fast Kylie Jenner’s popularity is climbing and even Khloe is getting competitive about her 18-year old sister’s recent burst in popularity.

There are plenty of stories about Kim Kardashian feuding with her lookalike younger sister but now we find out Khloe isn’t quick to let Jenner outshine her either. Khloe Kardashian has been working hard to shed her ugly sister image both within herself and with the public.

For once Khloe Kardashian is starting to get some respect and it’s clear by Kim’s recollection of how she manipulated the Complex cover, Khloe is just jealous of Kylie’s new surge in fame as everyone else in the Kardashian – Jenner family.