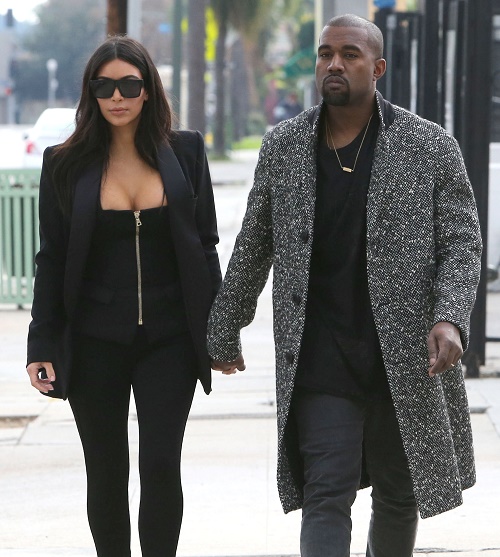 Is Kim Kardashian finally pregnant? It’s no secret that Kim Kardashian and Kanye West are on the verge of a divorce and their marriage is falling apart. One of the many stresses leading up to their imminent break-up was the fact that Kim Kardashian was having serious problems getting pregnant again after North West was born. Kim Kardashian has been trying desperately to get pregnant again – on Keeping Up With The Kardashians she constantly gushes about wanting another baby and is even planning a new nursery in the house that she and Kanye have had under construction for over a year. According to a new report, the desperate couple turned to IVF treatments, and Kim is not just pregnant – the KUWTK star is now pregnant with twins!

The January 12th edition of OK! Magazine reveals, “Just days after big sis Kourtney delivered her third child, Reign Aston Disick, on December 14th Kim had her own special announcement: Her dreams of giving North West a sibling are finally coming true – times two! A source tells OK! that the reality star and hubby Kanye West are indeed expecting twins after an agonizing round of IVF.” A family insider informed the magazine that the news of Kim’s pregnancy has saved her and Kanye’s marriage and as of right now the divorce off. The pal gushed to OK!, “Instead of throwing them off, the pregnancy has put them back on track.”

We’ve heard of people having a baby to save a marriage – but two babies might just be overkill. Frankly Kim Kardashian and Kanye West better slow down – because they are running out of directions to name their children. Here’s to hoping they don’t name their twins South and East. What do you think of Kim’s new baby news? Do you think she and Kanye are really having twins? Did Kim’s new baby bump really save her marriage – or is it just delaying an inevitable divorce? Let us know what you think in the comments below!