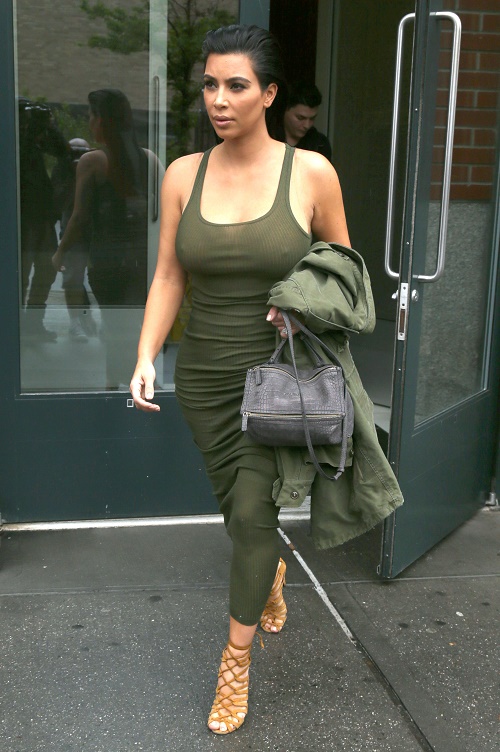 Caitlyn Jenner, formerly known as Bruce Jenner, made her world debut on the cover of Vanity Fair Magazine on Monday, June 1, and the Kardashians all took to social media to offer their support. But how did Rob Kardashian really feel about his former step-father’s transition? Well, according to his sister Kim Kardashian, who couldn’t pass up on opportunity to piggy-back off from the frenzy that Caitlyn started – Rob didn’t even recognize the woman on the cover of Vanity Fair!

Kim Kardashian and husband Kanye West stepped out for the CDFA Fashion Awards on Monday June 1, after Caitlyn’s new cover went viral. Kimye stopped and chatted with US Weekly at the event – and, obviously, Caitlyn’s name came up in conversation. Kim dished to US Weekly that when the Vanity Fair cover first came out, Rob didn’t even recognize Caitlyn Jenner!

Kim explained, “It was so funny because all the girls, we knew that Caitlyn was shooting this but my brother had no idea. So I sent it on a mass text to everyone and my brother was on it and he goes, ‘Kim, why are you sending me this? Who is this woman? And why do I care?’ And I was like, ‘Rob, that’s Bruce! That’s Caitlyn!” she said, laughing. “And he was like, ‘Oh my god, she’s beautiful!’ And then he called her and they had a lovefest and it was so cute. But the moment was so funny.”

Rob Kardashian has no issues with Caitlyn, or Bruce. But did all that really happen the way Kim described it? Most likely not – Kim Kardashian and Rob aren’t even on speaking terms right now. So we’re having a tough time buying Kim’s story. The reality TV star is a PR genius. It sounds to us like she just created a clever story off the top of her head to attach her name to Caitlyn Jenner’s name in the media, while simultaneously making it seem like she and her brother Rob Kardashian aren’t at war. Rob just called Kim a “psycho bitch” on Instagram, and has been selling stories about her to the tabloids. We highly doubt they were bonding via text messages over Caitlyn’s transition.

Do you think Kim made up the entire story? If it is true – how would Rob Kardashian not recognize that man that raised him for most of his life, even if he is now a woman? Let us know what you think in the comments below!