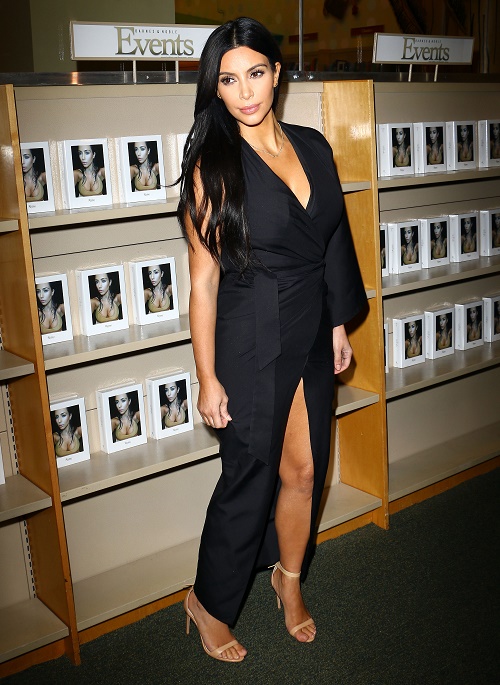 Kim Kardashian is now dubbing herself a spokesperson for mental illness with a documentary entitled Red Flag, which she executive produced. It seems appropriate that she’d take on a project like this, especially seeing as how she married Kanye West, a narcissist with a God Complex, and the fact she and her sisters made a miserable attempt at staging an intervention for her troubled brother Rob Kardashian. The reality TV star’s documentary focuses on mental illnesses and “cries for help” on social media. Because that’s not about her brother Rob at all…

Kim recently participated in a Facebook chat to promote the documentary and answered some questions from fans. The Keeping Up With The Kardashians star explained in the chat, “I was interested in bringing awareness to the issue when I recently had a friend that was going through the similar situation and lashing out on social media.” Oh we see what you did there Kim, by anonymous friend you don’t by any chance mean your brother Rob do you? And, “lashing out,” you couldn’t possibly mean when he informed his millions of followers you were “a psycho bitch?”

You can say a lot about Kim Kardashian – but she does have a head for business. By working on “Red Flag” and becoming a spokesperson for people battling depression and mental illnesses, she is basically killing two birds with one stone. First of all, she’s getting some charity points and trying to create the illusion that she cares about other people besides herself. And secondly, she is slamming her brother Rob’s credibility so when he does try to leak her secrets in a tell-all interview or on social media, Kim can turn around and say that he has a mental illness and is just “lashing out” and it’s a “cry for help.”

What do you think about Kim’s sudden interest in mental illnesses? Is she bringing attention to the issue because she is a good Samaritan, or is it all just a ploy to make sure everyone knows her brother Rob is unstable and they shouldn’t believe anything that he says about her? Let us know what you think in the comments below!