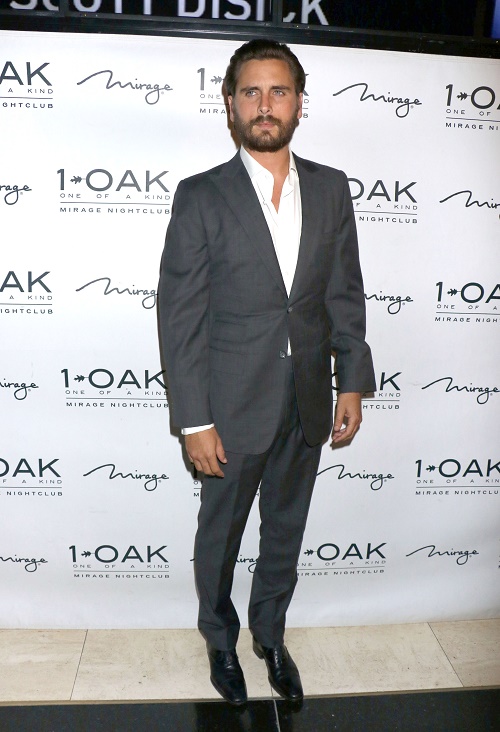 Kourtney Kardashian is planning on having Scott Disick locked up in the psych ward! Apparently, their messy breakup after nine years has taken a huge toll on Scott, and he is actually drinking and doing more drugs than usual. We didn’t know that was even physically possible. Being the devoted baby-mama that she is, Kourtney and her momager Kris Jenner are consulting with an attorney about having Scott involuntarily admitted into a mental hospital.

According to the latest edition of In Touch Magazine, Kourtney Kardashian fears that Soctt might be suicidal and could wind up trying to hurt himself. An insider dished to In Touch, “They are discussing ways to file a 5150 psychiatric hold in California which would get him locked up in a mental facility for 72 hours against his will.” Kourtney thinks that Scott is a “danger to himself” because of his latest bender. The source added, “Kourtney doesn’t want him back, but she doesn’t want their kids to grow up without a father. He is going to hate the Kardashians for doing this to him, but Scott could die if they sit back and do nothing.”

Kourtney’s heart seems to be in the right place, but we are doubting Kris Jenner’s good intentions. Of course she is helping Kourtney stage interventions and get a psychiatric hold on Scott – that would make for some pretty compelling drama on Keeping Up With The Kardashians. Imagine the millions of people that would tune in to see a failed intervention, and Scott dragged off to a mental hospital in a strait jacket kicking and screaming.

Let’s be real though: is a 72 hour trip to the mental hospital really going to change Scott Disick’s ways? This is the same man who has checked himself into more than half of a dozen rehabs, and most recently spent a whopping half hour in treatment before he checked himself back out. You can’t help someone who doesn’t want to be helped. Do you think that Kourtney will have Scott taken away to the mental hospital? Is Kris Jenner pushing the psychiatric hold for ratings? Let us know what you think in the comments below!