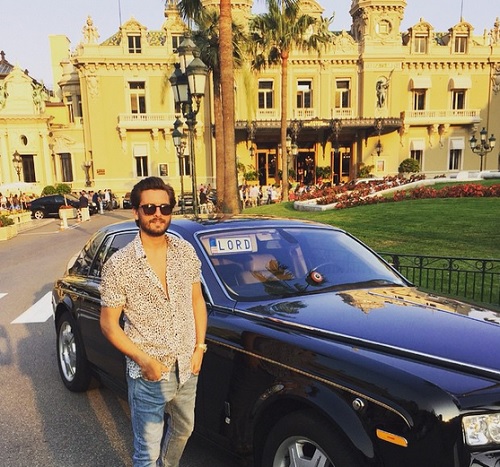 Just when we thought cheating, boozing Scott Disick couldn’t get any lower, Kourtney Kardashian’s ex has been reportedly partying with prostitutes. For some reason, we’re not entirely shocked – Scott has pockets full of money, but he is a bit of a tool, so it makes sense that half of the women he is cheating on Kourtney with are being paid for their services. Scott Disick isn’t the most desirable man; now it actually makes a little more sense why so many women were willing to “party” with him.

According to an all new report from this week’s edition of Star Magazine, Scott Disick threw an over-the-top party at his Beverly Hills Bachelor pad last week – and there was a slew of women from an escort service in attendance. Apparently, Scott invited all of his friends and told them to bring as many “sexy women” as they could. Then, Scott’s pal Jamal “Mally Mall” Rashid arrived with his entire escort service. Sure, it is technically an “escort service.” But let’s not forget that in 2014 Jamal’s escort service was raided by the FBI and he was under investigation for human sex slave trafficking. So, there’s definitely a whole lot more going on there than just “escorting.”

An insider at Scott’s wild prostitute party dished to Star Magazine, “The reality of it is, Scott will never settle down and be faithful. He just wants to party round the clock and hook up with as many women as possible. The sad thing is it took Kourtney nine years to realize that.” Even sadder – Kourtney is reportedly pregnant with their fourth child, and will now be raising four babies by herself while Scott “parties around the clock.”

Are you surprised that Scott was partying with women from a shady escort service? Or are you just surprised it has taken us this long to realize that he has been paying half of the women that he has been caught with while cheating on Kourtney of Keeping up with the Kardashians fame? Let us know what you think in the comments below!