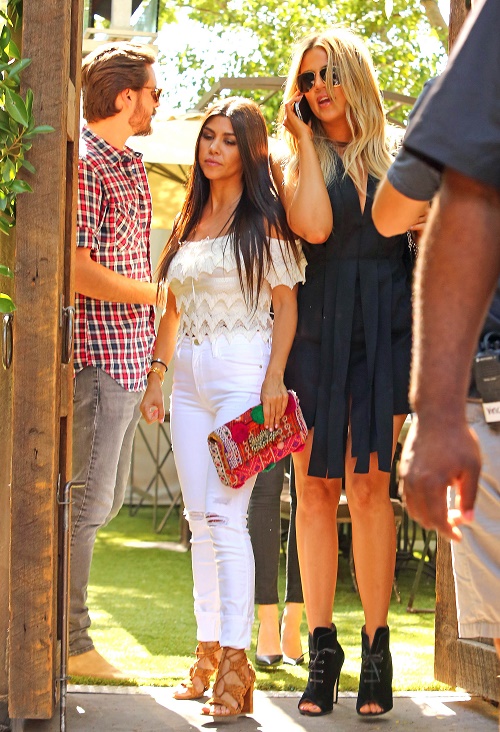 Scott Disick was caught cheating on his girlfriend and baby-mama Kourtney Kardashian…again. Exhausted trying to take care of 6-month-old baby Reign and her two toddlers, the Keeping Up With The Kardashians star is fed up with Disick’s partying and cheating – and has broken up with Scott for good. Apparently, Scott finally crossed the line after he was caught having sex with a 21-year-old woman in a NYC hotel – and Kourtney Kardashian is officially done.

This week’s edition of Star Magazine reveals, “Scott was taking cocaine and doing Xanax while he was in NYC. He was out of control. He had sex with this hot 21 year old he met in the club. They holed up in his hotel room for days.” Apparently Scott’s latest affair was the final straw for his girlfriend Kourtney, who has been dealing with his partying and cheating for nearly a decade now.

According to Star Magazine’s inside sources, this break-up is the real deal and Kourtney is not taking Scott Disick back under any circumstances. The source explained, “Kourtney is prepared to raise the kids alone. She basically feels like she has been anyways. Living with Scott is like having a fourth child – she actually thinks that it will be easier without him.” Of course Kourtney has no intention of letting Scott see his three children – and he doesn’t really have a leg to stand on in a messy court battle, considering his checkered past and drug and alcohol abuse. Then again, Scott may not even try to get visitation or custody with his children, it’s not like he spends much time with them right now anyways.

Do you think that Kourtney means business this time, or will she take back her cheating boyfriend? Will Scott fight for custody of his children, or will he be relieved to be free of the responsibility? Let us know what you think in the comments below!