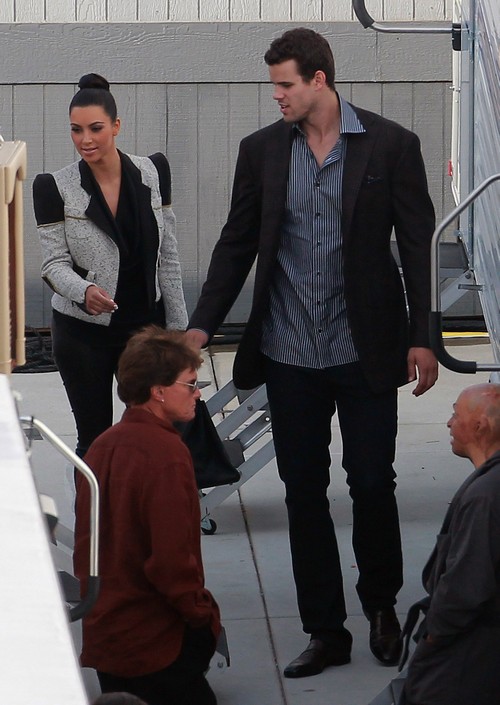 “I have the soul of a woman. For all intents and purposes, I am a woman.” And with those words Bruce Jenner changed the world. At least his world to a her world. Bruce Jenner’s watershed interview with Diane Sawyer made headlines across the globe. The former Olympic gold medalist and reality television star told Sawyer about the emotional struggles she had to endure as a transgender woman. After the historic interview, Bruce’s family expressed their heartfelt support on Twitter. Kris Jenner wrote, “Not only was I able to call him my husband for 25 years and father of my children, I am now able to call him my hero.” Heroic, indeed.

However a certain ignoramus – we shall call him Kris Humphries – didn’t share in the sentiment. “Man, I’m glad I got out when I did,” tweeted Humphries, the man who was married to Kim Kardashian for a total of 72 days. The scathing tweet received widespread condemnation. Twitter users called it “bigoted” and “ignorant”, especially “in this day and age”.

Kris Humphries is nothing more than a washed out famewhore. He tried his luck with the Kardashians, but when things became a bit too heated for his emotionally abusive liking, Humphries upped and left the building like a stream of steaming vomit. He claimed that Kim Kardashian and Kris Jenner ‘arranged’ the marriage to boost ratings for the show. They probably did and Humphries was right there along for the ride with the rest of the famewhore K Klan.

Humphries has since apologized for the ‘vague tweet’. He wrote, “I have and always will support Bruce hence #Gottadoyou. Now recognize I was too vague and sincerely apologize for the way this came across.” The apology was followed by an innocuous “#FullySupportBruce” one-hashtag-tweet.

I fail to see the alleged ambiguity Humphries is referring to. There is nothing vague about it. Humphries was caught with his hand in the tactless cookie. Kris Humphries failed attempts at absolution speaks volumes about his narcissistic, famewhoring personality. At the lack of a better cliché, “Actions speak louder than words.”

Or in Kris Humphries’ case, “Who is Action and why does he speak louder than Words?” We’d love to hear your thoughts in the comments below.