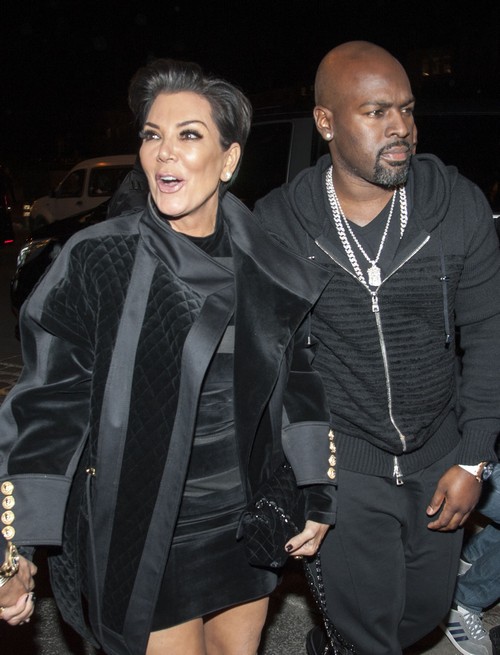 Kris Jenner is a complete mess and becoming increasingly depressed since Caitlyn Jenner – formerly known as Bruce Jenner – revealed her secret and even more so since Bruce is now legally Caitlyn. In public Kris is putting up a good front but privately she is in meltdown mode.

The ringleader of the Kardashian family hasn’t been able to cope with the fact that her ex-husband is now a gorgeous woman – and she’s sick and tired of being compared to Caitlyn. A source close to the family told Radar Online that basically Kris is a total mess behind the scenes. One friend said, “[Kris] never smiles anymore. She can barely summon up the energy to lift up her martini glass.”

The Kardashian and Jenner kids are out of control and no one seems to know if they’re coming or going. And Jenner barely even notices anything around her. “Before she would always be the life and soul of any gathering, bringing people out of their shells, smoothing over arguments among her kids and adding a real sparkle to any occasion.”

Caitlyn Jenner is getting the lion’s share of the attention after years of living in Kris Jenner’s shadow -being bullied and marginalized – And the mom of six can’t handle it and has just let things go to hell – she just doesn’t give a damn. “Kris is deflated, defeated and getting increasingly down in the dumps. She can’t reconcile the fact that this glamourous woman used to be her masculine Olympic-hero husband – and now is getting unfairly compared to her in every way.”

It’s not easy to go through all of THAT but add in teenage daughters out that are out of control, grasping at straws trying to set your son up with Selena Gomez to get high ratings for “Keeping Up With The Kardashian’s,” grown daughters dealing with crumbling relationships and marriages. What a nightmare!

“Poor Kris is a shadow of her former self and it seems she’ll never recover from this,” so says the source. What do you think? Is Kris Jenner being unfairly compared to Caitlyn Jenner? Is she falling apart and suffering from depression? Will she be able to bounce back and find happiness again? Let us know in the comments section below and come back to CDL for all your Kardashian and celebrity news, gossip and rumors.