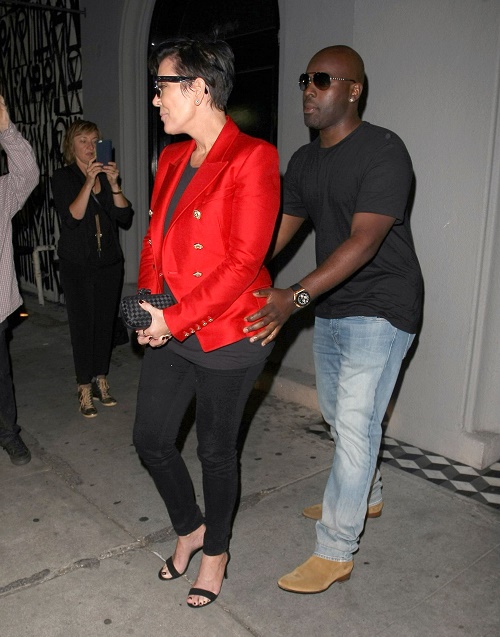 Kris Jenner is reportedly the proud new owner of butt implants. Move over Kim and Khloe, your Momager has some new junk in trunk. Kris Jenner’s obsession with competing with her much younger daughters is a psychologist’s dream come true. For some reason, 59-year-old Kris seems to think that she is barely over 30, and that her daughters are her BFFs. So, naturally, she needed to enlarge her backside so she could keep up with the other Kardashians.

According to multiple reports, Kris Jenner stepped out this month and debuted her new butt implants – casually parading in front of the paparazzi as if we would notice that her backside doubled in size. Then again, when your boyfriend is half your age, it makes sense that you need to do some routine maintenance to keep him interested. It’s no wonder 17-year-old Kylie Jenner has already gone under the knife on more than one occasion – both of her parents are 95% silicone.

Multiple doctors have weighed in on Kris Jenner’s derriere this month, and general consensus is the momager has definitely gotten some work done. Then again, we don’t really need someone with a degree to tell us that. Anyone with two eyes can see that Kris’s butt has basically doubled in size. Kris’s much younger boyfriend Corey Gamble is loving her new assets, and when the duo were photographed out and about this month – he couldn’t keep his hands off from her backside! The only thing more disturbing than a nearly 60-year-old woman waddling around with a butt equivalent to that of a pornstar is watching her boyfriend grab a handful in public.

How do you feel about Kris Jenner’s butt implants? Are you as grossed out as we are? Do you think she did it to keep up with Kim and Khloe, or to keep her boyfriend Corey interested? Let us know what you think in the comments below!