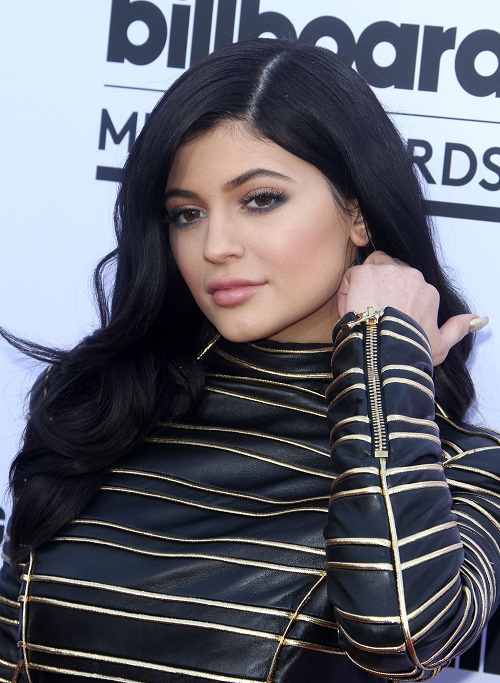 Now, according to a new report, Kylie Jenner is now planning on getting a nose job and breast implants – in addition to her oversized fake lips. By the time this girl is old enough to get into a club legally, she isn’t even going to look like the picture on her ID anymore! Naughty Gossip reports, “After publicly admitting to getting lip implants, sources say 17-year-old Kylie Jenner is also looking into breast implants and a nose job.” Seriously, could she be any more of a cliché? This ladies and gentlemen is what happens when kids grow up on reality TV.

Kylie Jenner is just a product of her environment: when you grow up in a house filled with silicone, this is what is to be suspected. Seriously, the only member of her family who hasn’t gotten work done is probably their family dog. Here’s to hoping the teen doesn’t wind up on an episode of Botched in 10 years because her lips are sagging down to her uneven breasts. We would say Kylie’s mother Kris Jenner needs to step in – but she has clearly done enough damage already.

What do you think of Kylie Jenner’s plastic surgery? Shouldn’t it be illegal for doctors to work on people who haven’t even turned 18? Do you think Kris Jenner will co-sign on her daughter’s new nose and boobs? Let us know what you think in the comments below!