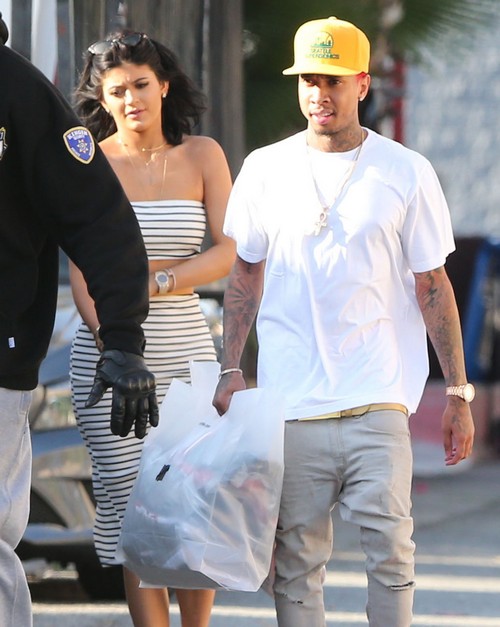 Kylie Jenner has evolved into a true little vixen over the past couple of months. The once upon an innocent 17-year-old is following in her Kardashian family’s familiar footsteps. Kylie Jenner’s become notorious for her expensive lifestyle, her relationship with 25-year-old rapper Tyga, and her over-the-top diva-esque behaviour. If the latest rumors prove to be true, Kylie will inherit the title of the Most Villainous Kardashian of ‘Em All.

Michael Ray Nguyen-Stevenson, known by his stage name Tyga (is it pronounced tee-ga or tie-Gah?) has no money left in his bank account. He is broke, bankrupt, kaput, done for, Gary Busey. But love conquers all right? Love is as ubiquitous as Apple. Love is the alpha and the omega of our total being. Or so we are led to believe. Love also has its corruptive perks, especially when it involves money, religion and a terabyte of CSI recordings.

A Kardashian/Jenner doesn’t settle for less than $1 million, give or take a few extra zeros. Isn’t it a tad bit Draconian of them? What happened to good ol’ prosaic love affairs? Are the Kardashians that jaded? According to one of our exclusive sources, “Kylie and Tyga are not engaged. Kris Jenner refuses to allow a bankrupt, financially unstable wannabe ‘rapper’ into the fold. He’s not Kanye West… Besides, Kylie is much too materialistic. We’re looking at a train wreck, not a love story.”

Kylie Jenner will, without a doubt, dump Tyga when she finds out about his financial troubles. She comes from a line of strong business women, plus she’s a mini-Kardashian and a brat. It is exactly this combination that made the Kardashians one of the most successful entertainment brands in history. A bankrupt rapper doesn’t merge well with this Machiavellian concoction.

Our source concludes, “Is Tyga an opportunist? I do believe so. Kylie should rethink her relationship with Tyga. We don’t want another Kris Humphries on our hands.”

No, we don’t want to see another maudlin Neanderthal traipsing around like John Travolta in food-poison-pants. Will Kylie Jenner grab a tiger by the tail? Or is she just another paper tiger with a penniless booty on call? Let us know your thoughts in the comments below.