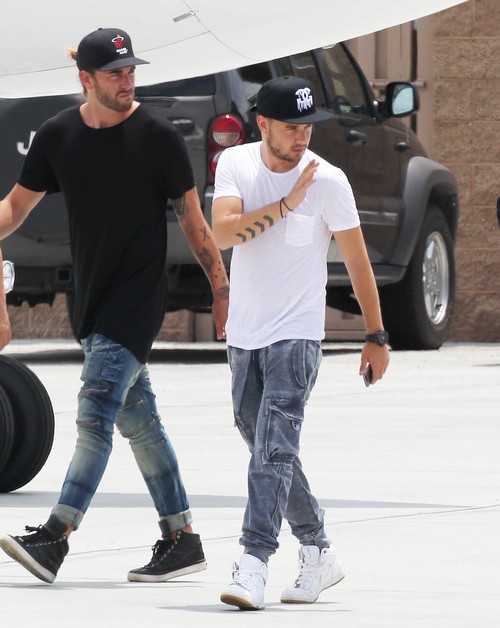 Is Liam Payne following in Zayn Malik’s footsteps and quitting the wildly popular boy band One Direction? One Direction is still trying to recover from Zayn quitting the band, and they just released their first song, titled “Drag Me Down” without Malik. Now, 1D fans are scared Louis Tomlinson could be the next member of the band to walk away – seeing as how he is expecting a baby with Briana Jungwirth. But, Liam Payne’s recent comments in an interview have raised some suspicions too – it sounds like he might be ready to move on with his career as well and quit the band.

One Direction fans already lost Zayn Malik, Louis Tomlinson is reportedly on his way out and en route to Daddy Day Camp, and now Liam Payne’s comments in a UK interview have fans stressed that he is quitting too. Seriously, by the time the band is disbanding – Harry Styles is going to be the only one left standing!

Liam Payne sat down with Magic Radio in the UK to promote the band’s new single “Drag Me Down.” When discussing life as a One Directioner Liam confessed that he would rather just write songs than perform on stage with the other guys at their sold out concerts, and when asked if he was considering quitting the band – he wouldn’t give a straight answer. Here’s what Liam said during his interview that has everyone buzzing, “I like writing songs for different artists, and crafting a song is a really beautiful thing to do.” He added, “I much prefer doing that sort of thing. I love being in the band. I don’t know if I could do it by myself now.”

What does that even mean? What can’t he do by himself? Work as a solo artist or work in One Direction without Zayn, and possibly Louis? And, if he plans on staying in One Direction – then wouldn’t writing songs for other artists be a bit of a conflict of interest. Liam went on to rave about how excited he was about Zayn’s solo career and signing With RCA Records – and he was a little too excited, which only further feuled fans’ fears that he was considering following in Zayn’s footsteps. Do you think Liam Payne will be the next One Direction boy to quit the band? Let us know what you think in the comments below!