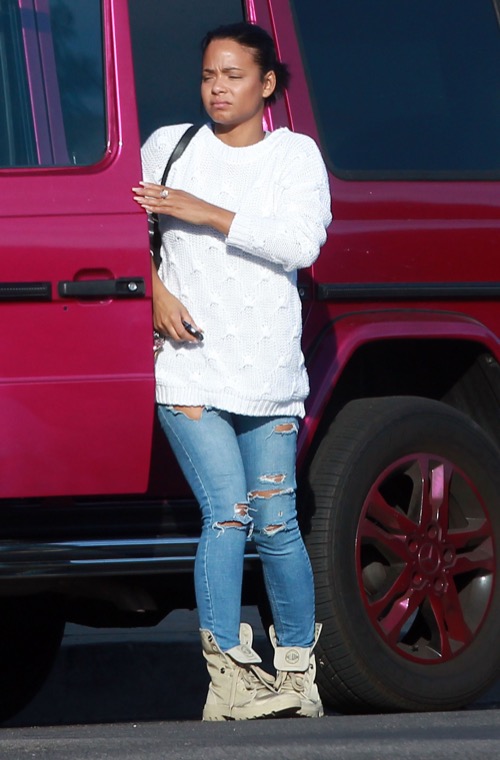 Christina Milian has finally opened up on why she left Lil Wayne and big surprise, it was all about other women. Milian’s reality show, “Christina Milian: Turned Up” has just started its second season on the E! Network. Christina had the unfortunate experience of reliving the painful breakup but also revealed some details to her fans that are awful but are we surprised?

Lil Wayne and Christina Milian broke up in mid-September. That didn’t stop the rapper and his singer-turned-reality-star ex-girlfriend from working on music together. Milian even maintained that she and Lil Wayne remained friends after they split but is that all for show?

When the split was first reported, Milian and Lil Wayne maintained that it was all because of their busy schedules. Well, we already know that every busy schedule excuse in history is code for something else. In this case, it looks like Lil Wayne might have actually been stupid enough to cheat on Christina Milian.

Christina admitted in an emotional clip on her show, “Christina Milian: Turned Up” that she broke up with Wayne after seeing a picture of an unidentified woman wearing nothing but her panties inside Lil Wayne’s home in Miami Beach. According to Milian, the rapper denied cheating and swore there was nothing to the photo. Thank goodness Christina Milian was not stupid enough to believe his lame story.

It’s common practice for a lot of these hip hop side chicks to intentionally lure a rapper to bed and then snap suggestive pictures of them after the deed is done and the famous, and often taken, artist is sound asleep. We’re not sure if that is what happened with the underwear chick at Lil Wayne’s house but it’s probably something along those lines. When will these guys learn that cheaters never prosper?