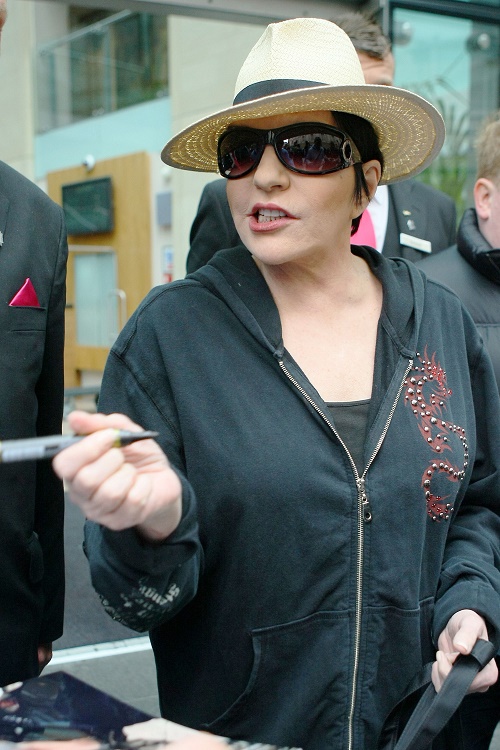 According to exclusive new reports, Liza Minnelli has checked into a rehab facility. Liza’s spokesperson, Scott Gorenstein, confirmed the news of Liza’s rehab admission earlier this week, telling them, “Liza has valiantly battled substance abuse over the years, and whenever she has needed to seek treatment she has done so. She is currently making excellent progress at an undisclosed facility.”

Scott confirmed that no ‘dramatic incident’ triggered Liza’s visit, but that she knew the rehab stay had been necessary for a while. It’s a rare thing where a Hollywood celebrity admits that they need help, so we really should commend Liza Minnelli on realizing it and acting on it before things spiraled out of control.

Now, Liza does have prior experience with rehab stays, having been in and out numerous times in the past. Her most recent visit was in 2004, but lately, it’s stopped affecting her career since she’s more or less stopped working on a regular basis. Perhaps her most publicized rehab visit came in 1984, when she had to drop out of The Rink and check into Betty Ford. Nowadays, the whole process is much more discreet, and Liza’s rep probably only told Page Six because they knew it would get out if they didn’t.

What do you guys think of Liza Minnelli checking into a rehab facility for substance abuse? Are you surprised that a celebrity of Liza’s stature has been dealing with substance abuse issues privately, without nary a work leaking about it to the public? I mean, we knew about Liza’s history, but nobody had any inkling that things had flared up again. Usually, there is some sort of triggering incident that lets everybody know that it’s time for rehab, but according to Liza’s spokesperson, there was no such incident this time around.