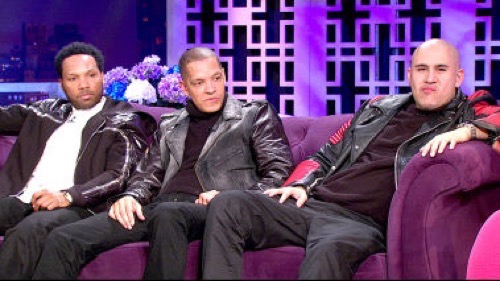 Tonight on VH1 their series Love & Hip Hop Atlanta continues with an all new Monday May 4, season 4 episode 3 called “Rehabilitation” and we have your weekly recap below. On tonight’s episode, Erica Mena’s actions may land Scrappy behind bars; Sina plans to win back Yung Joc.

On the last episode, Yung Joc juggled a new love with an old flame; Rasheeda received some alarming information from Kirk’s new artist; Nikko solidified his business relationship with Mimi; and Joseline returned just in time for Stevie’s dramatic exit. Did you watch the last episode? If you missed it we have a full and detailed recap right here for you.

At first, Erica wanted to be understanding. She knew that Scrappy had been late on his child support payments, as he’s done before, but she also didn’t want to create much of a fuss. However he’s now behind to the tune of 45 – 46 thousand dollars. And Erica simply can’t afford to look the other way anymore.

Hence, she started playing hardball and approached a lawyer about her ex. And after she was advised, she hit Scrappy with the paperwork. It was a bold on her part but by then it was also necessary. Scrappy had been ignoring her and it seems like he forgot that there’s a child support agreement on record. So if he doesn’t start paying up then he could be looking at jail and not as a voyeur.

Plus, even if he doesn’t believe he should pay Erica; does he really want to be like Stevie J?

Stevie was also running behind on his child support and he was actually taken to court but, ultimately, what made Stevie’s situation worse is that he couldn’t stay clean. Literally, the man played around while he was on probation. And one too many failed drug tests eventually came back to bite him. So lately he’s been enjoying court appointed rehab.

And apparently before he left, Stevie had asked the two main women in his life if they finally get along in his absence.

See, everyone knows that Mimi and Joseline have never gotten along but after what happened at the reunion show – when these two ladies went at it backstage – it’s kind of imperative that some things around her begin to change. Though Stevie might have been too blind to see what was really going on.

At the end of the day, Mimi is still hung up on him and tonight she admitted that. And when you think about it then you can kind of see why she went into business with him in the first place. Because it was one thing to make a bad business decision with Nico but to later repeat her mistakes with her ex just goes to show that Mimi doesn’t always think things through.

She wants her family back and unfortunately she believes Joseline is the one standing in the way of that!

But, then again, Mimi isn’t the only one that’s ever done this. Yung Joc has a fair share of baby mamas what with 8 kids already. Yet he keeps creating issues for himself when he sleeps with one of them and then goes back home to a woman that’s been dubbed a sugar mama. So really he was asking for trouble when it finally all came out.

One of his twins’ mother, Sinna, wants her family back and so she’s been trying to seduce him away from Khadiyah. Khadiyah and Karlie were the women Joc was running around when Sinna was still pregnant. So with Karlie gone, Sinna felt there was only one more women she had to deal with. You know to complete the picture of just her and Joc.

However, Khadiyah is someone that needs proof. She’s not going to merely take Sinna at her word when other claims to be still sleeping with Joc. So Sinna decided to arrange things in order to capture Joc (and her) on camera.

And, see, that was both clever and devious.

But what Karlie did was just wrong. Earlier, Karlie and Erica had agreed to go into business together. And Erica still thought that was on the cards. So imagine her surprise when Rasheeda tells her that Karlie went and opened her store with someone else.

Karlie honestly didn’t say a word to Erica. And so it was her turn to be confronted when both Erica and Rasheeda showed up at her store.

One thing led to another and everyone was arguing. And that goes for new girl Jessica Dime as well because she supported Karlie her friend. So even though it was one store – the friendship Karlie had with Erica and Rasheeda appears to be over.

They don’t like shady and Karlie went about doing business the wrong way.