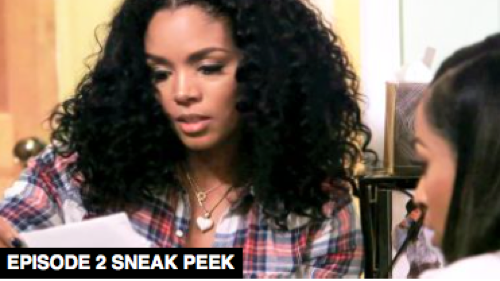 Tonight on VH1 their series Love & Hip Hop Atlanta continues with an all new Monday April 27, season 4 episode 2 called “Say Goodbye” and we have your weekly recap below. On tonight’s episode, Yung Joc tries to juggle love; Rasheeda learns alarming news from a new artist.

On the last episode, in the season 4 premiere, Stevie J’s bad behavior jeopardized Mimi’s new business venture; Erica had child-support issues with Scrappy; Kirk landed a new “office” and artist; and Nikko tried to mend his broken relationships. Did you watch the last episode? If you missed it we have a full and detailed recap right here for you.

On tonight’s episode as per the VH1 synopsis, “Yung Joc juggles a new love with an old flame; Rasheeda receives some alarming information from Kirk’s new artist; Nikko solidifies his business relationship with Mimi; and Joseline returns just in time for Stevie’s dramatic exit.”

The last we of them, Stevie J. and Nikko were about to get in fight. However their fighting, while great for the ratings, is not exactly condoned on the show. So, unfortunately, a certain someone barely got hit off before security soon moved in and kept the two men apart.

And on tonight’s all new episode of “Love & Hip Hop: ATL”, I have to say that couldn’t have been a bigger mistake on the production’s part. If there were any misconceptions before then let’s clear that up – Nikko is a snake. And now that he’s no longer trying to hide that fact then everyone will get the chance to see it for themselves.

A man, a real man, would never try to pull all the stints he’s capable of. Yet Nikko refuses to see what he’s doing as wrong. Instead of acknowledging the lines he’s crossed, he swears he’s only claiming what’s rightfully his.

So Nikko now wants twenty-five percent off of Mimi’s book deal and if he doesn’t get it then he’s willing to threaten his ex-girlfriend with information he has on her. And apparently in a past conversation, Nikko let Mimi know just how he got this “information”. For it seems like he’s been recording their conversations since the very beginning of their relationship.

And speaking of men that are attempting to make money off unsuspecting women, Kirk is no better.

His wife only knows half of what he’s been doing. And when she did find out the truth – she had to hear it from his latest artist. But Kirk should have been the one to tell Rasheeda that he opened an office in Buckhead. And Kirk should have also have told his wife about a lease before he forged her signature on it.

Later, after Rasheeda had heard about his office, she asked Karlie Red to come by her house and help her snoop through her husband’s things. See, she knew she could trust her husband but she didn’t how much he had put their family in debt until Detective Gadget found a lease with her name on it.

The lease was for an apartment. Not at an office but a residential lease for an apartment. So Rasheeda decided to drop by her husband out of the blue at this apartment and imagine her surprise when she found out her husband had spent money on someone else when not that long ago he told her they couldn’t afford to rent a store for her.

Bottom line is that apartment was intended for Kirk and his other women. Kirk was found in his towel and he was basically lazing around his “side” apartment as if that was home. There was not a single cubicle there and besides the obviousness of seeing it for herself, Rasheeda had already heard about Kirk meeting up with new (and female) artists there.

So, in other words, Kirk was once again being a dog yet this time was different because Rasheeda had had enough. It was one thing to cheat on her and then accuse her of cheating but to mess with her money was one step too far.

And she still doesn’t even know that Kirk (and technically herself) are in debt for two hundred and fifty grand.

Elsewhere, though, not all relationships are the brink of crumbling. Momma Dee at least is finally in a good place and it’s about time too. Apparently, her ex has recently gotten out of prison (after she accidentally sent him there for the last seven years) and now Momma Dee wants to start again. And luckily for her Ernest seems to feel the same way.

So someone found love and forgiveness.

But, sadly, not everyone is built that way. For instance, Stevie has failed another drug test and so that means he has to go to rehab for thirty days. However with his wife back in the picture – he wants to make peace between Joseline and Mimi before he goes away.

And, well, asking for that is funnily enough like Joc trying to get his baby mama to forgive the woman he cheated on her with – in both cases the fact that the side-chick has been promoted is something no women will ever forgive or forget. And so now its war.