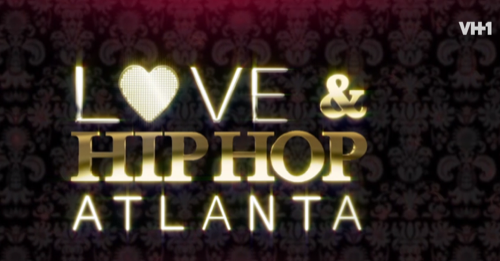 Tonight on VH1 their series Love & Hip Hop Atlanta continues with an all new Monday April 20, season 4 episode 17 called “The Danger Zone” and we have your weekly recap below. On tonight’s episode, in the Season 4 premiere, Stevie J’s bad behavior jeopardizes Mimi’s new business venture.

Love & Hip Hop Atlanta is about the city’s hip hop elite are about to have their lives changed in ways they never imagined – for better or for worse! In the music mecca of the South, artists rise and fall, families grow and are torn apart, and what goes around – definitely comes around. These players continue to be on the cutting edge of the good, bad and naughty side of love. Returning fan favorites will be joined by some new faces

On tonight’s episode as per the VH1 synopsis, “in the Season 4 premiere, Stevie J’s bad behavior jeopardizes Mimi’s new business venture; Erica has child-support issues with Scrappy; Kirk lands a new “office” and artist; and Nikko tries to mend his broken relationships.”

Well, we’ve been waiting for months now and finally the time has come for us to say its official. The Atlanta crew is back for an all new season and yet this particular premier has hit a bump in the road. See, while the gang is back and we’ve even caught a glimpse of new faces that are surely there to entertain us, there is one person that’s missing from tonight’s episode. And that’s Joseline aka the force of crazy we’ve all come to know and develop a sort of love/hate relationship with.

But you got admit she makes great TV and sadly for us Joseline is on a “vacation” in Puerto Rico.

According to her husband, the story is she needed some time away to sort her stuff out. And while she’s been MIA then, guess what, Stevie J. has apparently come out to play.

In case you missed out on literally all the other seasons then you probably won’t know but listen when I say that under no circumstances would Stevie and Mimi have come together to form a working relationship if Joseline, his wife, had been there. So right away one or both parties are taking advantage of the situation. And though normally the blame would be laid entirely at Stevie’s door – he wasn’t the one that made the first approach this time. That, in fact, was Mimi.

And later, as they began talking and working together, he somehow also offered up some of his sperm.

So, were you surprised by that? I know that I wasn’t but Mimi seemed like Stevie had thrown her for loop and we have to ask ourselves why?

She was the one that told him their daughter had been talking about having a baby brother. So where did she think the conversation was going to end? Thankfully, though, she did not take Stevie up on his offer. And that might have something to do with his crazy wife. The same one Stevie wants her to sit down with and hopefully talk out their issues.

However Mimi and the other ladies prefer talking about Joseline rather than meeting up with her.

Apparently, after Joseline had tried to literally fight everyone at the reunion show then mostly everyone has been of the same opinion. And that is the trick needed help. But in the meantime they liked their “chats” and others like Dawn continue to find ways to stick it to Joseline.

For instance, Dawn has chosen to represent a talent that she wants to setup as the “new” Joseline. She’s now in charge of Jessica Dime. A sweet woman to be honest though she did used to work with Joseline back at the strip club in Miami. So Jessica and Joseline know each other and funnily enough used to be friends but then the same old thing happened. One of them got famous and the other realized her “friend” was no longer returning any of her calls.

So Jessica could have been sore about this. Yet she swears she’s not. Jessica is actually wishing that her move to ATL will allow her to reconnect with her old friend. Meaning she’s not looking at moving as a possible vendetta.

But the people around her are!

And another new face we probably get to see lot more is Margeaux also known as Nikko’s wife.

That’s right, Nikko is back and it appears he dragged his wife into his mess. Though admittedly their marriage wasn’t as messed up as we all thought in seasons past. Because instead of Nikko cheating on her with an unsuspecting Mimi – he and his wife have an agreement. As in they have open marriage and Margeaux was with her boyfriend while Nikko was out having fun with Mimi.

So, luckily, that didn’t end up creating a problem but what Margeaux took issue with was the sex tape. See the sex time was what crossed the line with her.

Allegedly, Margeaux didn’t like it when her husband tried to feed her the same lie he was telling everyone else. And that was the sex tape was leaked by accident. So it wasn’t until he confessed to “arranging” things that she chose to forgive him.

Yet will she forgive him for what he did afterwards? Consequently, one of the requirements to getting their marriage back on track was for them to have everything out in the open. Or, so the wife requested seeing as the only reason that Margaeux thinks her husband lied to her in the first place is because Mimi had led him astray. So, really, wait until she hears that Nikko went on to approach Mimi, in what was always bound to kick up the hornet’s nest, about a contract she signed a couple of months ago. One that guarantees twenty percent off of any and all book deals she could make.

Oh, and wait for it, the conversation didn’t just end there. Stevie also eventually got involved in this and he went on to threaten Nikko about revealing some of his secrets. That is, right before he physically assaulted the man that was trying to make money off of Mimi and their daughter Eva’s life rights.

So, as that gruesome foursome keeps on getting up caught in each other’s mess, we also have to Kirk to look upon if we ever want to see true acts of childishness. See he got his wife Rasheeda to forgive him last season but on tonight’s episode he’s signed on a new talent that no one has ever heard of and before he gives his wife the money to open her own story – he just might have bought this new girl an apartment!