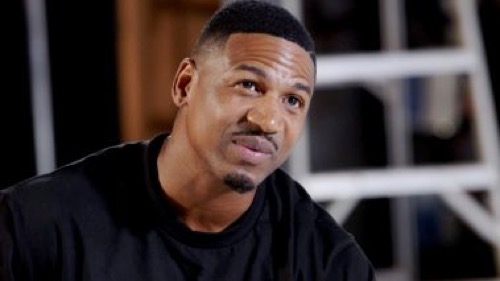 Tonight on VH1 their series Love & Hip Hop Atlanta continues with an all new Monday July 20, season 4 episode 13 called “Revenge” and we have your weekly recap below. On tonight’s episode, Stevie tries to give Nikko a taste of his own medicine; Karlie and Sina plan their revenge; Rasheeda and Kalenna have a falling out.

On the last episode, Rasheeda and Erica confronted Kirk; Scrappy had a surprise for Bambi; Joc committed to Khadiyah; and Kalenna and Deb had a falling out. Did you watch last week’s episode?  We did and we recapped it right here for you.

On tonight’s episode as per the VH1 synopsis, “Stevie attempts to get back at Nikko; Karlie and Sina hope to even the score with Khadiyah; Rasheeda and Kalenna have issues; and Kalenna confronts a serious medical issue.”

Kalenna wonders why Tammy is talking about her and her husband’s money problems when the only person who knows about that is Rasheeda. Kalenna calls Tammy out for living off her husband.

Tammy ends up pulling Rasheeda aside and saying she knew Kalenna was fake when she called her talking shit about Rasheeda. Rasheeda says she’s been nothing but a good and loyal friend to Kalenna. Rasheeda says she isn’t even going to go back in there, and she and Tammy walk off. Kalenna feels like Rasheeda is taking sides when she doesn’t come back inside to check on her.

Scrappy and Erica hold a party for their daughter Emani.

Bambi comes to the party even though Erica didn’t want her to have anything to do with the party planning. She says in confessional that she resents Scrappy because she has to put her life on hold to support him.

Stevie J’s business life is going amazingly. He has to let Mimi know that he is leaving town soon and moving back to California. Mimi says they just got comfortable with him from the whole rehab situation and now he is moving far away. She asks him what is going to happen with the management business, and updates him on Jazze Pha wanting to work with Tiffany. However, she says, Tiffany still wants a track from Stevie. Stevie J thinks that if Jazze Pha wants to work with Tiffany, she must be talented. He tells Mimi he wants to get in the studio with Tiffany and help the company.

Stevie asks her about Nikko, and Mimi tells him that he talked to her about lowering the percentage for the books. Stevie says they’re going to do everything they need to do to “exterminate” him and Margeaux.

Sina hasn’t spoken to Joc since he told her they were done. She says she is angry and hurt, but also feels a sense of revenge coming on. She says she’s going to take KD down a few notches, with Karlie Redd’s assistance. She says Karlie is the only person who hates KD as much as she does.

Sina goes into Karlie’s store and tells her about how Joc was dating her while he had two other women pregnant. Karlie says she caught KD on Joc’s set and she claimed she was the production assistant that day. Karlie gets an idea for their revenge plot.

Rasheeda invites Kalenna to her studio session. Kalenna tells Rasheeda that she noticed her leave with Tammy and never come back. Rasheeda says that she went out with Tammy to figure things out and that she can see where Tammy is coming from. Kalenna says she doesn’t see where Tammy is coming from because she doesn’t know Tammy and has barely spoken to her.

Rasheeda says that speaking of Kalenna talking to Tammy, Tammy told her she knew she was shady when she was talking shit about Rasheeda. She says that Tammy told her Rasheeda was a bum bitch who was passing out her CDs on tour. Kalenna denies this, saying she just told Tammy that Rasheeda was on her tour giving out her CDs. Kalenna then calls out Rasheeda for telling Tammy about her financial situation.
Rasheeda says that the only thing she said was that she hopes Kalenna and her husband don’t go and get a house they can’t afford.

Kalenna starts tearing up, and Rasheeda asks her why she is crying. Kalenna says she’s crying because she wants to punch Rasheeda in her face.

Stevie works to get Margeaux a job at a magazine he is collaborating on.

Bambi and Tammy meet up. Tammy tells Bambi about confronting Kalenna at the bar. She says they can’t f**k with her now.

Bambi says that going to Emani’s party made her feel some type of way because she is as involved in Emani’s life as anyone else there but had to sit in the back awkwardly.

Bambi says that Scrappy giving her a house key is cute, but it isn’t enough. She says she has been putting her life and work on hold for this, but has been drawn into a complicated situation.

She says she is getting back to work by collaborating on a video with a guy whom she says has done more for her than Scrappy has. The guy is holding a video viewing party, and she is going without telling Scrappy.

Kalenna, Joseline and Karlie get their toenails done together. Joseline reveals that she is moving to LA because she and Stevie are going to work on movies.

Karlie shares that she is now going out with Lyfe Jennings, whom she says is a “real artist” with “real money” in confessional. She also says that he plays as many instruments as Joc has kids.
Karlie says she’s going to be inviting KD and Sina to her record label event and she and Sina are going to teach KD a lesson.

Tony asks Kalenna what happened with Rasheeda. Kalenna says she’s just realizing who her real friends are. She says that Rasheeda took sides with Tammy over her. She says she cried to Rasheeda because she really loves her, and Rasheeda laughed at here. She says there’s no coming back from fake. She breaks down in tears saying she feels like the world is against her right now because Rasheeda is not her friend, Tony doesn’t want to manage her anymore and she has a baby as well. Tony suggests Kalenna talk to a professional because of her possible postpartum depression.

Margeaux is modeling for a magazine cover shoot and brings Nikko along because she trusts him.  Stevie J comes to the photo shoot, surprising Nikko and Margeaux. Margeaux says she didn’t know this was his magazine and asks why Stevie J wasn’t at the prior meeting for the shoot. Nikko tells Margeaux to relax. He explains by saying Stevie is mad that he stole his woman. Margeaux says Stevie doesn’t know Nikko. “Do you know him?” Stevie responds.

Margeaux says this is the most immature thing she has ever been a part of. She asks Stevie why he is doing all this over his castoff that he doesn’t even want.

Karlie holds her record label party. Joc was not invited to the party and KD rsvp’d as one so she knows she and Sina will be able to corner her. Karlie says in confessional that the party is revenge for her, Sina and all the women who have been hurt by a bitch trying to steal their man.

When KD arrives, she almost immediately realizes that the party is in conjunction with Karlie Redd Productions. She sees Karlie and Sina standing together and realizes that Karlie put together the guest list. Rather than leaving, she decides to confront them.

“Hi, piggy,” Karlie says as she sees KD. KD says if this is what she considers a piggy she doesn’t belong in Atlanta.

When Tammy drags KD for faking pregnancies and being “crazy,” KD decides she has to confront Joc later for revealing her business. KD tells them that they look 59 years old, pulls money out of her bra and starts throwing it at them, and then starts swinging as security guards pull the women apart.