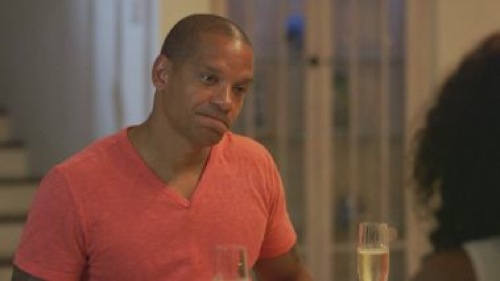 Tonight on VH1 their new series Love & Hip continues with an all new Monday January 12, season 5 episode 4 called “A Woman Scorned” and we have your weekly recap below. On tonight’s episode, Cyn and Erica’s relationship is tested when Cyn explores their business dealings. Elsewhere, Yandy surprises Mendeecees, and unexpected developments mark Peter’s trip with Tara.

On the last episode, suspected infidelity sorely tested Erica and Cyn’s relationship. Meanwhile, Peter deceived Amina about a trip; Yandy and Mendeecees set a wedding date; and Cisco explored his past as he tried to win back Diamond. Did you watch the last episode? If you missed it, we have a full and detailed recap right here for you.

On tonight’s episode as per the VH1 synopsis, “when Cyn digs into the business dealings, his relationship with Erica suffers.”

Diamond is still reeling. Her boyfriend cheated on her and fathered another baby all the while they were still dating. So of course the first thing Diamond wanted to know was who the baby’s mother was. But after she learned he had gone back to his ex (who’s also the mother of his other child) she felt like he was just using her to kill time.

So she walked away and she was smart to do it. And if she continues to keep her distance then she’ll end up one of the lucky ones. Because like we’ve seen before, Cisco and his like will always go back to the ex if that particular door remains open for them.

Case in point, Tara and Peter. Peter still wants a chance to be with Tara and their sons. And he’s gotten it into his head that they should have more time together. So he’s made up a work commitment to his pregnant wife in order to go on a secret family vacation with the family that he actually wants. I.e. Tara and co.

But the one thing that’s going to ruin Peter’s ultimate happiness is Peter. You see he told Amina he had to go on business trip to Trinidad and naturally his 9 months pregnant wife was worried he would miss the birth of their first child. So he swore up and down he wasn’t going to miss it yet the truth is he’s taking a pretty large gamble with this vacation. And might not even pan out.

Tara may not be over Peter but she hasn’t forgiven him for what he did to her. She’s still angry at him

Meanwhile there’s Erica and the typical drama that follows her everywhere. It seems she wants to get Cyn back yet that’s not going to be happening anytime soon. Not only did Cyn tell Erica she wanted Erica to prove herself, but Cyn realized Erica after thinking it through she hasn’t been paid for a while.

Apparently, she used to help out Erica on several things here and there. And once she started to do all of that – Erica had told her she was going to pay her yet that never really happened.

Instead Eric simply kept on “taking” without giving back

Which was one of the main complaints everyone has about Erica. And that includes Chrissy. Chrissy has a nasty past with Erica and for the main part she’s been trying to put that behind her. Though as it turns out she has plenty to worry about besides an old feud.

Her storyline just got personal!

Chrissy recently moved in with her boyfriend Chink and yet she’s seeing less of him now that they’re live together than when they lived separately. So she talked to Rich o see if she has anything worry about. And he told her that Chink would never do anything shady or underhanded.

But then a few days later, Chrissy found Chink had returned from a business trip and chose not to come straight home. It appears he went out to the club and he even stopped by the studio. So the only place he didn’t make a stopover was at the home he shared with Chrissy.

So when Chrissy found out about of this – she had no other option – she had to confront him. She went to the studio and demanded to know what was going on and though he denied stepping out on her – their fight never got a chance to fizzle out before out he had to return to work.

And as for Diamond, it seems isn’t planning on leaving New York even though the only reason she flew out to the city in the first place was to be with Cisco. According to her, she’s staying on because she wants to start off her modeling career there. Yet her mother flew out just to call bull on that story.

It looks like Diamond’s mother knows her daughter pretty well and she thinks Diamond is going to go back to Cisco. So momma wants to put a stop to that. When she saw Cisco in person, she told him to stay away from her daughter. And if he refuses to listen then he’s automatically set himself up against her.

Although Diamond’s mother was technically interfering, it was pretty darn good to finally see someone stand up to these guys and tell them their behavior is hurtful. And no sob story is going to change that.

But probably the funniest things to happen on tonight’s episode was when Peter’s trip blew up in his face. He tried to proposition Tara and going back to what they used to back and she turned him down. There’s a chance she didn’t even know she was going to do but the fact is she did.

Tara turned down Peter when it it dawned her on she deserved better. And to add a cherry on top – Yandy is also pregnant again!