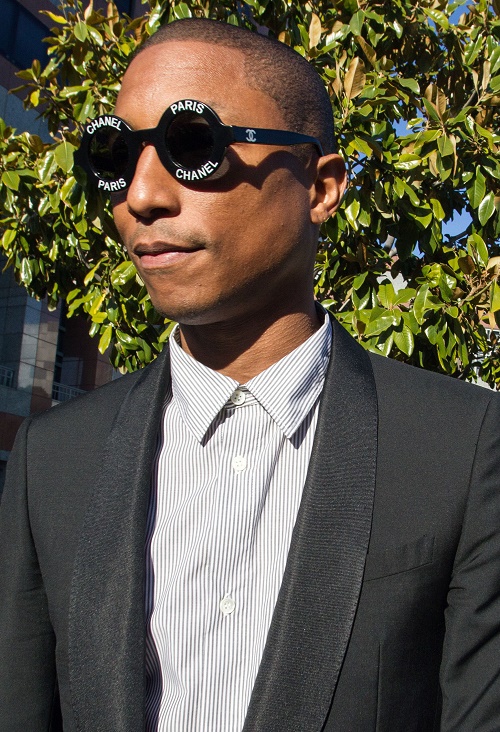 Marvin Gaye’s three children took Pharrell Williams and Robin Thicke to court and accused the singers of ripping off their father’s 1977 hit song “Got To Give It Up” with their 2013 version “Blurred Lines.” Although Marvin, Nona, and Frankie’s lawsuit was deemed frivolous by the media, in March 2015 the court sided with Marvin Gaye’s children and ordered Pharrell and Robin to pay them $7.4 Million for the copyright breach. After their victory in court, Marvin’s children might be dragged back by his broke sisters – they want a share of the $7.4 Million.

According to the April 13th edition of GLOBE Magazine, “Gaye’s two sisters Zeola and Jeanne claim that they have been cut off financially from the payoff and their brother’s royalties, and they are living in virtual poverty.” Three years ago Zeola published a tell-all book about her brother Marvin’s life and claimed that his ex-wife Jan cheated on him and tried to murder him with poison – so she shouldn’t exactly be shocked that his wife and children aren’t sharing their fortune with her.

Zeola dished to GLOBE Magazine that after Jan and her kids’ big victory in court, she tried to reach out to them – but they wouldn’t give her the time of day. Zeola explained, “The bottom line is that they get everything and we don’t get a dime. If I was given a few million it would change my life a lot.” It is hard knowing that all of that money is going around and we will never see any of it. Marvin would have been horrified by this situation because he cared for and loved his family.”

Have you ever heard the old phrase “Don’t bite the hand that feeds you?” Well, it sounds like Marvin’s sister Zeola hasn’t. After publicly trashing Marvin’s wife in a tell-all book, can she really be upset that Marvin’s family isn’t giving her any hand-outs that she has no legal claim to? Do you think that Marvin’s ex and kids should share the wealth, or is Zeola getting exactly what she deserves? Let us know what you think in the comments below!