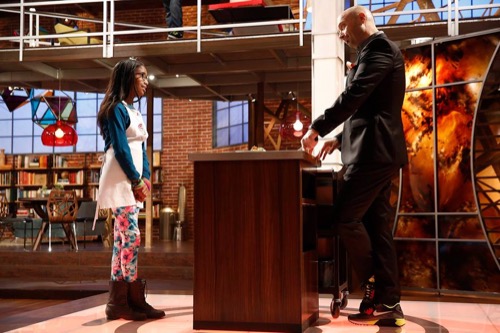 Tonight on FOX Gordon Ramsay’s Masterchef Junior continues with an all new Tuesday February 3, season 3 episode 5 called “Family Style,” and we have your weekly recap below. On tonight’s episode, Banana dishes are created by the eight remaining contestants. Later, Gordon Ramsay’s daughter Matilda introduces the next elimination challenge of preparing salmon en croute, a family favorite.

On the last episode, before the last elimination challenge, the winners from the previous challenge faced off in a MASTERCHEF JUNIOR pantry hunt. The junior home cook who correctly matched the most ingredients in the allotted time won a significant advantage in the next challenge. Later, the remaining 10 junior home cooks competed in a fishy tag team pair challenge, during which each pair must successfully complete an elaborate sushi dish. Did you watch the last episode? If you missed it, we have a full and detailed recap right here for you.

On tonight’s episode as per the Fox synopsis, “in the next mystery box challenge, the eight remaining junior home cooks will create unique banana dishes. The junior home cook who most impresses the judges will win a significant advantage in the next elimination challenge. Later, special guest and Gordon Ramsay’s daughter, Matilda Ramsay, will introduce the home cooks to their next elimination challenge dish, a Ramsay family favorite, Salmon en Croute.”

Don’t forget to join us for our live recap tonight at 8:00pm when MasterChef Junior Season 3 episode 5 airs on Fox. While you wait for the recap, let us know how you are enjoying this season of MasterChef.

On tonight’s all new episode of “Masterchef Junior”, our young contestants were given a mystery box challenge that funnily enough wasn’t such a mystery. And here’s how it happened. It seems that the professional chefs and judges ended up ruining the surprise when the hint they gave early on was bananas. And, well, that was more than just a hint – it was kind of the complete giveaway.

So in other words there weren’t that many that were surprised when the mystery box disclosed nothing but bananas. However, bananas are something these an future contestants need to fear. Because, the sad fact is they aren’t exactly easy to work with and that with professionals in mind. Plus, and here’s the kicker, the majority of the kids that were tasked with cooking it had only ever tasted bananas raw.

Hence, a fruit could actually undo more than on rising chef!

Yet, as it turned out, bananas separated the great chefs from the good chefs. Especially as Jenna, Ryan, and Nathan were all chosen for the top three in the mystery box challenge after they had created some particularly great dish displays.

Remember, that’s how the judges first pick the dishes. They make the top three choices based on what look appetizing enough to eat.

Now Nathan created a delish banana macaroons and that’s something the judges had never seen before. But the girls cooked a delicious sweet shrimp/banana/ and coconut and salsa dish and a spicy Caribbean inspired pork and banana. So, picking a winner was hard for the judges. Though, they ultimately went with Nathan who as the mystery box challenge winner was exempted from the next challenge. Which was good thing when it was revealed their next challenge was going to be involving a dish Ramsay makes for his own children at home.

Tonight’s guest judge was Matilda Ramsay and in her honor the contestants were asked to cook her favorite dish – her father’s Salmon en Croûte with hollandaise sauce. And the contestants have to recreate that dish exactly like Chef Ramsay did.

But that was easier said than done. Jenna ended up having a moment when her hollandaise sauce wouldn’t thicken and, luckily, Andrew stepped in and helped her salvage her dish. He talked her through thickening her sauce and calmed her nerves.

So Jenna was able to plate her dish in time and in spite of almost self-destructing – the judges loved her dish. And they also loved Andrew’s dish. They said they loved his sauce and how he stepped in to help a fellow contestant. Not a lot of people in this competition, including the adults, would have done the same.

Yet, not everyone was as lucky with their dishes. Kayla had used too much dough in hers and some of it (the dough that is) was still raw when it was cut into so in the end she lost points because of that.

And as for Ryan Kate, she had made a technical error. She had folded the crease on her pastries the wrong way and that lead to salmon being overcooked. So she too lost points over something so simple.

Then there was Riley’s dish. The only thing he cooked on it that was right was the salmon that he had seasoned especially well. But everything else, though, was a bust.

So there were only four chefs that rose to the challenge. And they were Jimmy, Andrew, Jenna, and Ayla. Jimmy stood out and won for his technical craftsmanship and Andrew stood out for his taste. The judges said that in a blind taste test – Andrew won.

Still, two kids had to be sent home and they were Ryan Kate and Riley. They have potential but they need to keep on working.