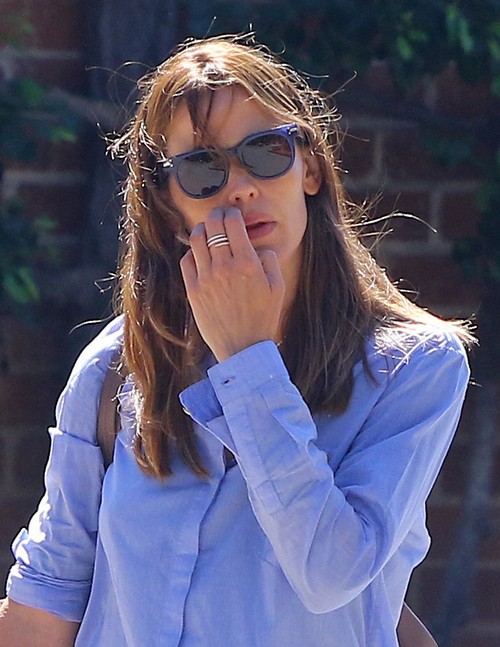 Since Jennifer Garner and Ben Affleck announced their divorce this year – it seems like everyone is “Team Jen,” except for Ben’s BFF Matt Damon. Ben Affleck has received a lot of flack since reports hit the internet that he cheated on his wife and mother of his three kids with their nanny Christine Ouzounian. But, according to a new report – Matt Damon thinks that Jennifer Garner should be held accountable for her actions too.

This week’s edition of OK! Magazine reveals that Matt Damon is standing by his pal Ben Affleck – and he thinks that Jennifer Garner is not exactly the innocent victim that the media has portrayed her as. An insider dished in this week’s edition of the magazine, “Matt believes Ben’s marriage was in shambles way before the nanny, there was too much anger there. If she had just loosened up a bit, things would have been different.”

Of course, the last thing Matt Damon wanted to see was his pal Ben Affleck’s marriage to crash and burn publicly the way that it did. But, according to OK! Magazine’s inside source close to Damon, he does think that it was for the best because “Ben would be happier with another woman.”

There really is no justifying cheating on your wife your kids’ nanny. However, in a way we do have to agree with Matt Damon – Ben and Jen’s marriage was in trouble long before Christine Ouzounian came along, and the divorce is most likely for the best. Both Ben Affleck and Jennifer Garner will probably be much happier with someone else.

What do you guys think? Does Matt Damon have a point? Or is Ben Affleck just a cold-hearted cheating dog? Did Christine Ouzounian actually cause the demise of Ben and Jen’s marriage, or was it already on its way to a divorce? Let us know what you think in the comments below!

Jennifer Garner spotted picking up her daughter Violet from karate practice on October 9, 2015 by FameFlynet