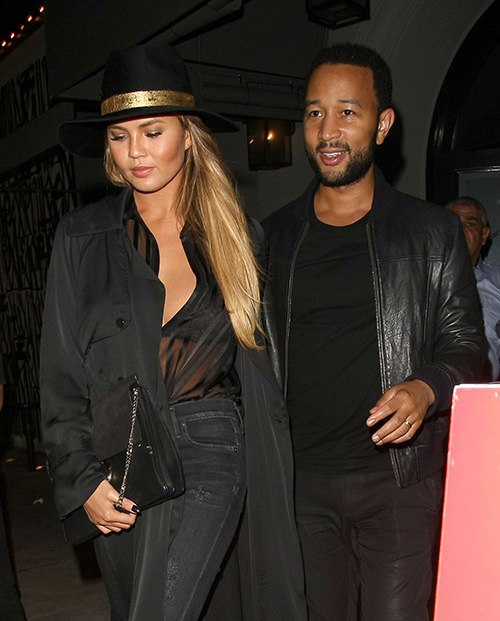 Ben Affleck’s affair with his hot nanny Christine Ouzounian amidst his divorce from Jennifer Garner has created some serious media buzz and once again reopened the “hiring hot nannies” debacle. Chrissy Teigen spoke out about the issue and announced she would never hire attractive help at her home for the simple fact that she doesn’t want her husband John Legend to ever be tempted.

When news of Ben Affleck cheating with his nanny broke, Chrissy made this controversial statement which actually stirred up quite a bit of backlash. “No hot nannies, drivers, or maids. I trust John but you never know with these men.” Since Ben’s affair was outted, a lot of celebs have taken the same approach as Chrissy – that Jennifer Garner should have known better and hired less attractive help around her house.

While a lot of people seem to agree with Chrissy, there are so many things wrong with her statement that we don’t know even where to begin. First off, the obvious: if your relationship is solid – it shouldn’t matter what your employees look like. Christine Ouzounian was obviously a gold-digger, but she could have thrown herself at a faithful husband 20 times and would have been shot down every single time. Hiring attractive women as your nannies or maids is just like your husband going to work every day and having employees working under him – it shouldn’t make a difference what they look like.

Now, let’s just look at this for a moment from an honest, hard-working and attractive nanny – who has morals and ethics and wouldn’t cheat with your husband regardless of how many times he tried. Believe it or not, there are nannies and maids out there like that. And they are probably all out of jobs because of this backwards thinking. So now you’re not a good nanny or maid unless you are “ugly?”

What do you guys think of this controversial issue? Should everyone just hire unattractive women to work in their homes? What about the attractive nannies and maids that have morals, do they have to switch professions until they are out of their prime and hot technically “hot” anymore. Share your thoughts in the comments below!

Estranged couple Ben Affleck and Jennifer Garner are spotted picking up their daughters Seraphina & Violet up from Karate Class in Los Angeles, California on September 18, 2015. Image credit to FameFlynet.