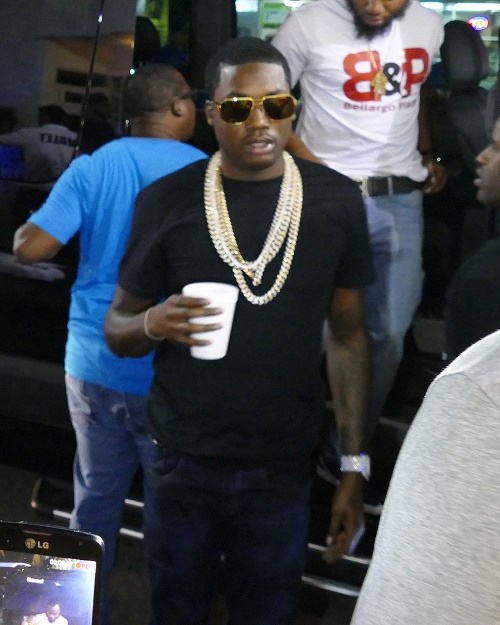 Did Meek Mill just take credit for the shooting at an OVO Festival after party? The Drake and Meek Mill feud rages on, and it just went from comical to deadly. General consensus on the internet is that Drake obliterated Meek Mill with his diss tracks “Charged Up” and “Back To Back.” Meek tried to respond by releasing a song titled “I Wanna Know” and got completely roasted by the internet for it.

Even though Drake had obviously won the battle hands down, he took it a step further and slammed Meek at OVO Festival in Toronto. Not only did Drake rock a “Free Meek” shirt, but he also sang both of his diss songs on stage at the concert while playing memes mocking Meek in the background on a slide show.

After the concert on Monday night there were dozens of after-parties around the city – and there was a shooting at one of the parties, more than one attendee was injured. It was unclear what fueled the violence, but everyone suspected it had something to do with the Meek Mill and Drake beef that had everyone “Charged Up.”

On Tuesday night, Meek Mill took the stage during his performance with girlfriend Nicki Minaj and decided to put out another Drake diss – fans are in an uproar because not only did Meek condone the shooting at OVO Festival, but he practically endorsed it. While on stage in North Carolina Meek Mill sang out, “Wayne don’t f–k with you, Stunna don’t f–k with you, Tyga don’t f–k with you. Everybody catching bullet holes, Including Drake and the whole OVO.”

The internet is waiting patiently to see how Drake reacts to the new Meek Mill diss track. Will Drake take the high road and not respond since the feud is getting violent? Or will he slay Meek for endorsing the shooting at his party? Are you Team Meek or Team Drake? Let us know what you think in the comments below!