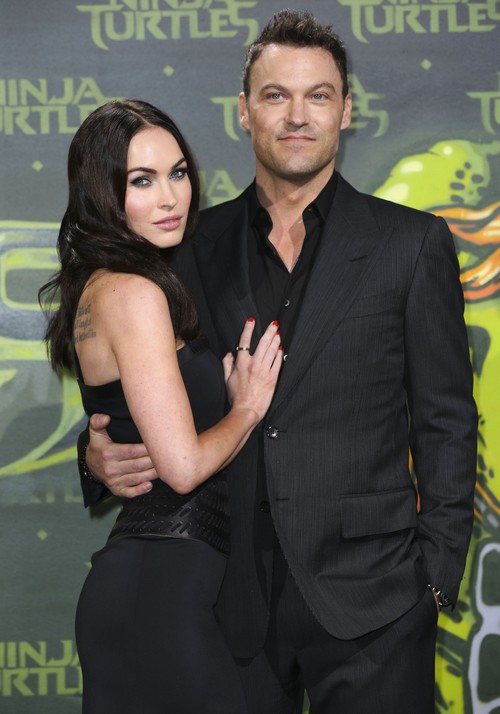 Brian Austin Green has finally responded to his estranged wife Megan Fox’s divorce filing. As previously speculated, Green will be asking Fox for spousal support. Unfortunately for Megan, the estranged couple did not have a prenup. Megan Fox and Brian Austin Green have been together for 11 years and married for five of them.

Megan cited “irreconcilable differences” as her reason for wanting to end the 5-year marriage to Brian Austin Green. Many assume she really wants to leave because Fox is a hot commodity in Hollywood and Green just is not. There are multiple reports that Fox and Green just couldn’t seem to find the right balance of work and life. Megan wants to work as much as she can and bring in the big bucks while Brian wants her home with the family more.

Brian Austin Green is having some health issues that are impacting his ability to work as well. Green reportedly suffers from vertigo, the result of a December 2014 car accident where he and Fox were hit by a drunk driver.

As a result, Green hasn’t logged any work since the accident. Green spends much of his time bedridden and has really struggled since the car accident. Due to his inability to work, it was already speculated that Brian Austin Green would ask for spousal support from his estranged wife but this filing pretty much sets it in stone.

Megan Fox just landed a starring role on ‘The New Girl” and has starred in blockbusters like “Transformers” and “Teenage Mutant Ninja Turtles.” The only notable work Brian Austin Green has done was “Beverly HIlls, 90210” and a role on “Anger Management.”

Fox and Green are currently said to be getting along and are co-parenting their two children, Noah, 3, and Bohdi, 1, while living in the same home. We’ll see how long that friendship lasts when Megan learns how much cash she’s going to be forking over. Brian and Megan live in California, a community property state. Technically Brian Austin Green is entitled to half of everything and that could impact Megan Fox’s income for years.