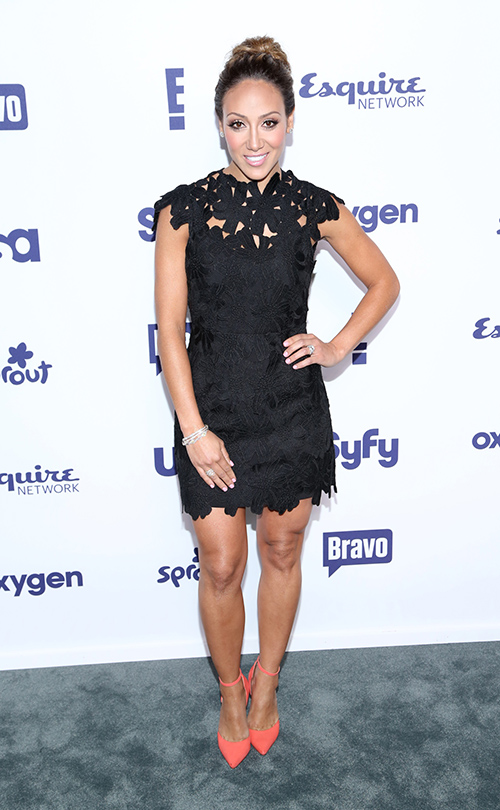 Melissa Gorga is putting on quite a nice act for Bravo cameras now that Teresa Giudice has been released from prison. The Real Housewives of New Jersey star spent nearly a year behind bars. Now that she’s out, Gorga has been trying her best to welcome her sister-in-law home but it’s obvious that her excitement is not genuine.

Melissa tweeted out a message for Teresa on Wednesday, December 23 after she was released from federal prison. “With Christmas comes miracles,” Gorga tweeted. “Welcome home.” We’re betting Melissa didn’t mean miracle in a good way. It was pretty clear that Melissa Gorga never wanted Teresa Giudice to see the light of day again. The only reason the women are even pretending to like each other is because their Bravo paychecks depend on it.

It really is a miracle that Teresa was released from the Federal Correctional Facility in Danbury, Connecticut with less than a year served. Giudice’s original sentence was 15 months and Gorga was probably banking on her sister-in-law getting some extra time tacked on. That’s not how it worked out though and now Teresa has been freed a few months early as a reward for being a model inmate.

Giudice is still steaming mad after learning that Gorga was paid to make the Bravo special aimed at her husband Joe Giudice. At this point, Teresa and Melissa wouldn’t be in the same room together if they were given a choice. Both families are in need of that RHONJ money and know this is their one shot to prove they are worth keeping on the cast of the Bravo hit.

In an interview with Extra, Melissa Gorga gave up the details on how the Gorga and Giudice families planned to celebrate Christmas and Teresa’s early release. “It’s a blessing. They’re (going to) spend Christmas with their mother and I’m hosting this year – Christmas Eve – so it’ll be beautiful,” said Gorga.

Even though the whole family seems to be coming together right now to celebrate Teresa Giudice’s release, don’t be fooled. This big happy reunion is only happening because Bravo thinks a lot of people will tune in. Network bigwigs are hoping the forced pairing of Melissa and Teresa will help get fans interested in the show again. People will either tune in to see if Giudice has changed since her nearly-year long prison stint or they will tune in hoping for a blowout fight between the RHONJ women. It really doesn’t matter to Bravo either way as long as the fans tune in.