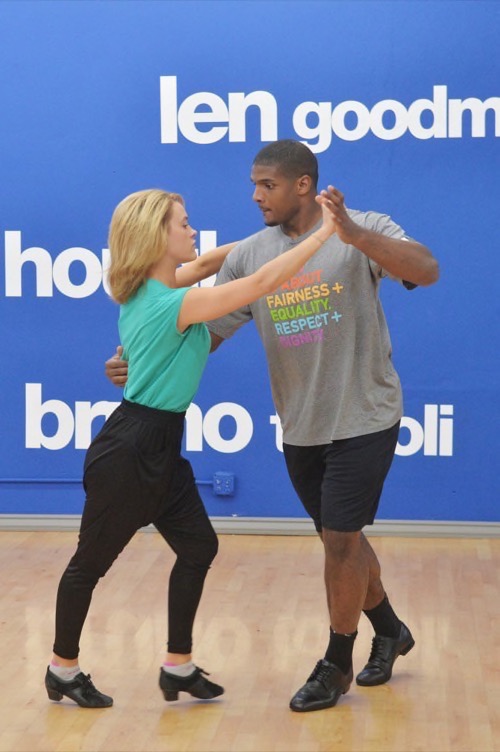 Tonight on ABC the glitz and the glamor returned to the ballroom for another great season of Dancing with the Stars.  On tonight’s premiere episode Michael Sam and his professional dancer Petra Murgatroyd danced a Cha Cha to “Uptown Funk” by Mark Ronson, featuring Bruno Mars

If you are not familiar with Michael Sam he was was raised in Hitchcock, Texas and attended the University of Missouri on a football scholarship. Michael made history last year when the star college football player came out as gay ahead of the NFL draft, making him the first openly LGBT player to be drafted in any major American sport. He recently became engaged to his boyfriend, Vito Cammisano.

Judges’ comments: Bruno: “That was spunky and funky, good partnership, very very well done. Be careful of your foot placement.” Julianne: “I felt like your feet were sloppy, but overall you have groove that is within you, well done. Len: “Everything about the dance was terrific, but your footwork was terrible.” Carrie Ann: “You are a beautiful and gorgeous man, don’t stick your booty out and paste a smile on your face.”