‘Empire’ Star Taraji Henson and Michael Strahan Dating: Smitten With Each Other! 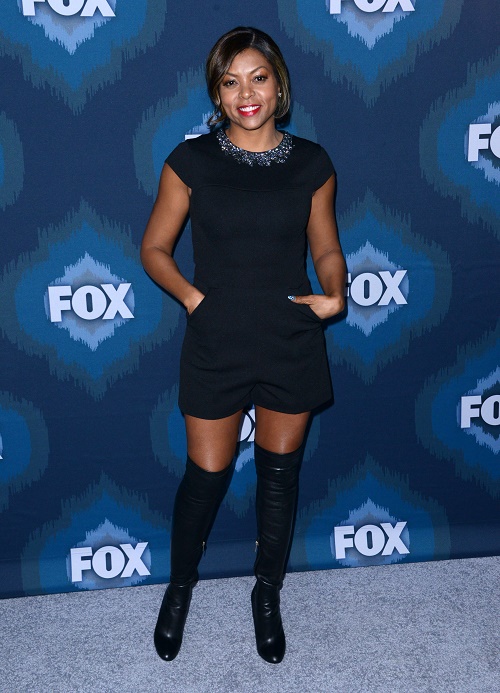 Empire star Taraji Henson has a new man in her life – Michael Strahan! Since the new hit TV show debuted on FOX, America has fallen in love with Taraji’s character, Cookie Lyon, and apparently so has Michael Strahan. Michael met Cookie when she guest-starred as a cohost on his daytime talk show Live With Kelly And Michael, and apparently they totally hit it off!

According to the April 13th edition of Star Magazine, “Michael flirted openly with Taraji on camera, but he wasn’t kidding – off camera he kept asking her ‘when can I take you out?’ Taraji initially brushed off his advances but Mike told her that he was very serious.” Star’s inside sources went on to explain, “The two ended up having an intimate dinner that night at the Mandarin Oriental Hotel…and they have more dates on the books! They seemed to really hit it off and Michael is really intrigued by her.” The report in Star goes on to say that Taraji is smitten with the talk show host – but she is trying to take things slow.

Both Taraji Henson and Michael Strahan have both been pretty unlucky in love in the past. Michael just broke up with Nicole Murphy last summer and Taraji has had a string of flings with celebrities like Khloe Kardashian’s ex Lamar Odom. But, with Taraji’s acting career blowing up right now and her hit TV show Empire bringing in astronomical ratings, this might not be the best time for her to start a new relationship. Michael and Taraji look super cute together – but when exactly are they ever going to be together with both of their grueling schedules?

Do you think that Michael Strahan and Taraji Henson make a cute couple? Are they in it for the long haul – or will their busy careers put the brakes on their new relationship before it ever gets off the ground? Let us know what you think in the comments below!