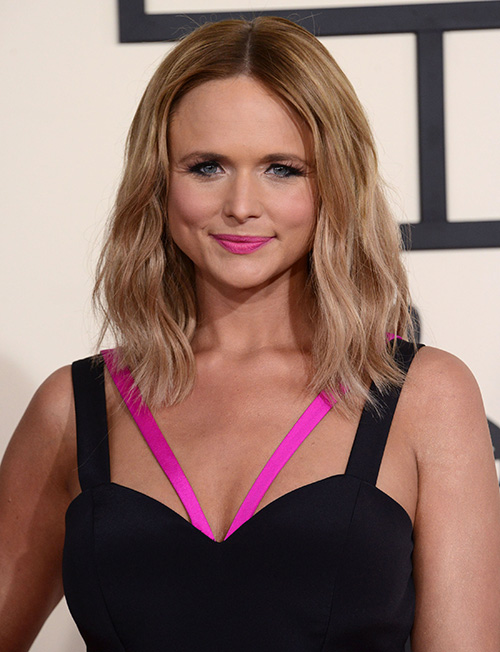 Miranda Lambert’s divorce from Blake Shelton was barely two months ago, but the country singer has no qualms about moving on from her former husband – and there is already a new man in her life. Miranda has been spending a ton of time with another country singer, Sam Hunt! Sam and Miranda have been working together planning their 2016 tour, and insiders say it is obvious that they are much more than just friends.

This week’s edition of OK! Magazine reveals that there have been some serious sparks flying between Sam and Miranda. An insider dished to OK! Magazine that “Miranda and Sam can’t help but flirt. Spending time with Sam has been a huge lift for Miranda. They are getting very close, he makes her feel sexy and that is exactly what Miranda needs right now.” But don’t expect the country music singers to be going public with their blossoming new relationship anytime soon. The source added that they are “trying to keep things quiet for now.”

It looks like there might be a new country music power couple in the works. Cheating allegations were flying left and right during Blake and Miranda’s messy high-profile divorce. At this point, it is anyone’s guess which one of the singers was actually unfaithful – general consensus among fans is that both Miranda and Blake had affairs at one point or another throughout their marriage. Regardless, it doesn’t look like they will be reuniting any time soon. But, maybe once Blake gets wind of Miranda’s new fling with Sam Hunt – it will inspire him to try to patch things up with his ex.

Do you guys think that Miranda and Sam Hunt make a cute couple? Or is he just a rebound? How will Miranda’s new fling effect Blake Shelton, or could he care less? Let us know what you think in the comments below!