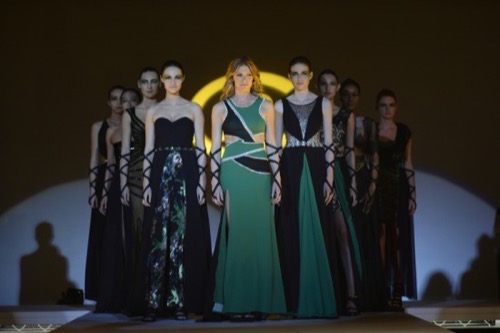 Tonight on ABC their new drama MISTRESSES continues with an all new Thursday June 25, season 3 episode 3 called, “Odd Couples,” and we have your weekly recap below. On tonight’s show Alec pays a house call to Karen, [Yunjin Kim] who’s in more pain than anticipated after her medical procedure. Meanwhile, April [Rochelle Aytes] seeks legal counsel from Toni; Marc shares a secret with April; and Joss is able to assist Calista with a business predicament.

On the last episode, picking up where last season’s cliffhanger left off, “Gone Girl; I’ll be watching you” began with the bride-to-be in the arms of another man. with Scott. Meanwhile, April invited her half-brother Scotty and his mother to town and they arrived with Uncle Marc in tow. Karen made a return visit to her doctor, Alec and the resulted of her blood test are about to change her life in a very dramatic way. Fashion designer Calista Raines arrived on the scene determined to get what she wanted. Did you watch the last episode? If you missed it we have a full and detailed recap, right here for you.

On tonight’s show per the ABC synopsis “Karen receives a house call from Alec after her medical procedure proves to be more painful than expected. Paul’s past transgressions continue to haunt April. When the insurance company demands that she pay back the insurance settlement, April turns to Savi’s old nemesis Toni for legal counsel. Meanwhile, Marc helps her through the crisis by revealing a secret of his own. Will this secret scare her away or bring the duo closer together? Joss helps Calista out of a business bind, and a little distraction is exactly what she needs as she struggles with her feelings for Harry.”

April just can’t catch a break on tonight’s brand new episode. First, she tried to worm her way back into her daughter’s life by inviting Mark and Scotty to come live with them. Though that plans of hers doesn’t appear to be working. Then, in probably the most crushing disappointment, inviting strangers into her home might have actually backfired on her. For not only is Lucy still barely talking to her, but now she’s partially raising Mark as well. Mark, by the way, who is supposed to be second adult in the house.

Mark doesn’t have any responsibilities other than his nephew Scotty. Often, he’s at April’s house, eating April’s food, and she’s left having to remind him to wake him up. You know in order for him to take Scotty to school.

She was left with no other choice: she told him to find a way to structure his day. And probably having a job will help with that.

However, its April’s livelihood that’s on the line when the insurance company comes calling and demands she return every penny she received when her husband first faked his death. April needed a lawyer and Savi had already made a run for it.

Without Savi, April had to find a new lawyer and the only person she knew to call just happened to be an old rival.

Will Savi be pleased if she ever finds out? Most definitely not. But that’s the risk she took when she ran off – having her friends replace her.

Though that is easier said than done. Joss has inadvertently latched onto Calista (that fashion designer with the cheating husband) and, as it turns out, Calista isn’t as great as she thought she was. For one, Calista is kind of shady.

Calista had repeatedly told Joss to put herself first and forget about Harry. Later, Joss found out that Calista had tracked Harry down and even had a conversation with him. Joss wondered why her “friend” failed to mention that.

Furthermore Calista wasn’t upset about getting caught. She instead made excuses for herself. She said she had to check Harry out to see if he would be good enough. And then she implied that he had something going with his new bartender.

So, after she said that, Joss no longer wanted to be around her.

Joss left Calista’s fashion show and she went to Harry’s restaurant. He had told her about his photo-shoot and she felt like she should be there to support him. However, when she showed up, she saw Harry was actually taking part in a sexy photo-shoot with a bikini clad bartender.

Karen finally started the treatment that would hopefully save Dr. Alec’s wife but after a while she began to feel the effects when she was home alone.

Thankfully, Alec showed up to take care of her. Karen had dismissed his earlier warning about aftereffects so Alec knew she was going to get hit and hit hard. And he showed up to make sure she would okay.

But, according to report he later received, Vivian is going to need more of Karen’s cells.

So even though Karen was wrecked. She knew she had to keep going. Karen has to make another donation and, when the time comes for it, she’ll make sure she has her people watching her. Not the doctor that has a lot riding on the line.

And Joss returned to Calista’s fashion show. Calista’s assistant had called her in panic and Joss was afraid that something was wrong with the event she planned. So she shows up and what she finds is a drunk Calista. Apparently, Calista’s husband had slept with one of her models and the model just couldn’t help bragging. So Calista fired that woman and was having a breakdown in the bathroom.

So Joss stepped in to replace the model and she got Calista off the bathroom floor. In return for the success of her show, Calista later hired Joss full time as her event coordinator. Plus, she apologized. She said that she shouldn’t have projected her failed problems onto anyone else.

And then she encouraged Joss to pursue Harry. She said if you want then go get him. And that’s exactly what Joss did.

She had to come to terms with the part she played in this insurance thing.

And she did that after a chat with Mark. Mark told her about his own situation including his addiction and how that ruined things for him. So April snapped out of her self-denial. She took ownership when she had to and was willing to pay part of the money back. As per her agreement thanks to her lawyer.

Though Lucy is now spiraling even more out of control.