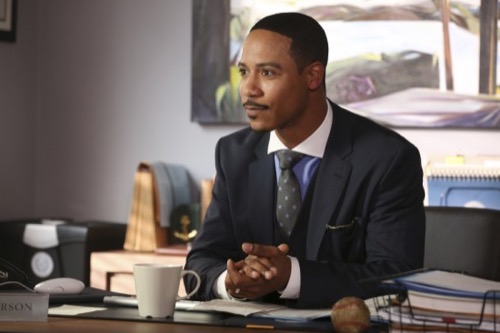 Tonight on ABC their new drama MISTRESSES continues with an all new Thursday July 2, season 3 episode 4 called, “Into the Woods.” We’ve got your recap down below! On tonight’s show Joss [Jes Macallan] moves too quickly in her new relationship with Harry. [Brett Tucker]  Meanwhile, Karen [Yunjin Kim] and Vivian [Sonja Bennett]  grow closer; April [Rochelle Aytes] gets some parenting lessons on a camping trip; and Calista finally sees Luca’s true motives.

On the last episode, Karen received a house call from Alec after her medical procedure proved to be more painful than expected. Paul’s past transgressions continue to haunt April. When the insurance company demanded that she pay back the insurance settlement, April turned to Savi’s old nemesis Toni for legal counsel. Meanwhile, Marc helped her through the crisis by revealing a secret of his own. Will this secret scare her away or bring the duo closer together? Joss helped Calista out of a business bind, and a little distraction was exactly what she needed as she struggled with her feelings for Harry. Did you watch the last episode? If you missed it we have a full and detailed recap, right here for you.

On tonight’s show per the ABC synopsis “Joss pushes her new relationship with Harry faster than she should. A misunderstanding between Karen and Vivian leads to a deepening of their friendship and a surprising act of intimacy. Lucy’s sexy headmaster, Blair, teaches April a thing or two about parenting while on a school camping trip. Calista finds herself getting pulled back in by Luca, but just as she lets her guard down it’s clear that Luca has ulterior motives.”

Joss felt like she was ready for a formal relationship on tonight’s all new episode of “Mistresses” but now she doesn’t know if Harry wants the same thing. So, you see, that might have been something she should have known before she slept with him. Because, after they spent the night together, Joss truly thought Harry would be in the same mindset as herself.

Yet he wasn’t. If anything he was ambiguous while she was looking for some definite answers. And when a woman needs answers but is instead getting fobbed off then that’s only going to upset her.

Joss was brave enough to ask Harry where they stood. So why did Harry, the same Harry that challenged her to always be happy, suddenly become ambiguous and replying they were happy. Happy is not answer.

And often it doesn’t say “I want a future with you”.

So it’s strange that he said “happy”. Especially as it came from the same Harry that gate crashed her wedding to another man in order to proclaim his love. Yet, when she asked him about their relationship, all he could say was that they were happy. And too be honest Joss thought that was given due to their night together.

But now Joss wants more. She wants to know if Harry sees a future for them. So later she talked it over with the girls and all three formed a plan.

They figured Harry was taking it slow on purpose. That he didn’t intentionally want to push Joss before she was ready because, as they all recall, that didn’t work out so well with her former fiancée. So April and Karen advised their friend in distress to reassure him. Make him know that she was in fact ready to take their relationship

And later Joss was presented with the perfect opportunity to do so. Harry was looking for a new place and Joss just volunteered to help him look. Though, afterwards, it soon became obvious that Harry was going to be dragging his feet on more than a new place.

Joss pushed Harry and surprisingly he came back at her “you only want to move forward to prove a point with Savi”. So they’re relationship was barely off the ground when it eventually hit a wall.

On the other hand, though, there is Karen and she appears to be rushing into something she’s not prepared for.

Vivian had come over to Karen’s place because she needed someone to talk to. She said earlier her husband had disappeared for hours on end and that she fears he might have been having an affair. So, seeing how Vivian could come to that conclusion, Karen instantly attempted to diffuse the situation and revealed that Alec had been taking care of her for a day.

Nothing romantic. Just treating his patient. But Vivian was still upset. She and her husband haven’t slept together since she was diagnosed and so, with her overreaction still fresh in her head, Vivian told Karen about how bad she’s been feeling lately.

Alec still loves her but lately she’s been feeling more like his patient than his wife.

So Karen told her friend how to get Alec to see her as a woman again. The two went shopping and found some sexy lingerie. Then they went back to Vivian’s and worked on sexing her up for when her husband returned home.

And as for April, she finally realized that handling her child as if she was her friend was a bad idea.

Lucy continued to disrespect her and what’s worse is that Lucy had even begun to forge her mother’s signature to get out of school. So the principle caught her in the act and later advised April that maybe a retreat would help Lucy get over her issues. Lucy is clearly in need of help and a retreat is what’s helped him with his own child.

However, at the retreat, Lucy finally ended up pushing her mother too far. She snuck away from what was supposed to be a hike. And she was soon caught by a Park Ranger smoking. Which is both illegal and dangerous to do in a park.

So April did some yelling. A lot of yelling. And it was long overdue.

Lucy needed to respect her mother again and after April reestablished boundaries – the little girl knew better than to back chat her mother.

Though, Calista did something that she never thought she would. She later gave her husband a second chance and hopefully he meant it when he said he wanted to start over again.