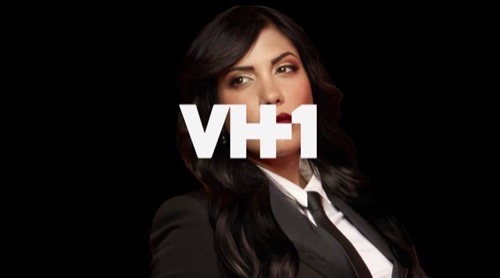 Tonight on VH1 their docu-soap series Mob Wives continues with an all new Wednesday March 11, season 5 episode 13 called “Reunion Part 1,” and we have your weekly recap below. On tonight’s episode it’s the first part of the reunion.

On the last episode, Drita made a discovery about Natalie’s deceit and struggled to keep calm. Elsewhere, Renee celebrated her spiritual cleansing with a party, and the two Natalies face one another. The Season 5 finale. Did you watch the last episode? If you missed it, we have a full and detailed recap right here for you.

On tonight’s episode as per the VH1 synopsis, “the women of Mob Wives get together for a reunion to talk about the season.”

Tonight’s episode is going to be another drama packed one, which you won’t want to miss. So be sure to tune in for our live coverage of VH1′s Mob Wives season 5 reunion at 10PM EST! While you wait for our recap, hit the comments and let us know how excited you are about the new episode of Mob Wives tonight.

On tonight’s first episode of the two parter “Trust No One” Mob Wives Reunion, Vivica A. Fox has brought all the ladies together to discuss what happened over the last season. And as we were all predicting, it did not go down well!

From the very beginning, Vivica wanted to get to the bottom of the Karen/Natalie fight and that alone caused some major tension that wasn’t dispelled even after they stopped talking. Apparently, Natalie’s issue with Karen stems from her loyalty to another friend. This friend’s father-in-law was murdered by Karen’s father and so some of the ladies understand why Natalie wouldn’t want to deal with Karen but gunning for because what her father did wasn’t right. And Karen felt Natalie and her friend were blowing things out of proportion.

This friend allegedly never even met her father-in-law and yet by dragging Karen’s name through the mud – Karen says it was just their way to get on the show. Plus Natalie didn’t even know Gotti so why all the hashtag Gotti on twitter when it was Gotti that ordered the hit to begin with.

And then there was Big Ang. This season Big Ang, who usually played the peacemaker, lost her temper in a huge public scene at Renee. Renee had reportedly talked about Ang and her family so that’s why Ange lost like she did. But to be fair, everyone on this show has talked about someone else’s family.

It’s when Natalie took her rant to social media that she went too far. Natalie talked about people and their families for millions to see. And that’s one of the major gripes Karen and Renee has against her.

Renee’s drug issues shouldn’t have been broadcasted for her son to see and calling Karen a rat was probably the most hypocritical thing she could ever say. Especially, as Natalie has now gained a name for herself as a “cop-caller”.

When London and Storm were brought out, Storm and his relationship issues with Karen were at first talked about. But when Natalie talked about London’s face getting slashed – that’s when Storm and Karen began to lose their tempers. Because it was one thing for London, a 9 to 5 guy, to call the cops when someone slashed his face but it was quite another when Natalie helped the cops using social media to find the culprit all the while she’s calling everyone else a “rat”.

Drita said what Natalie did was a “rat” move. And Storm, Karen, and Renee were also calling it a rat move. Natalie though refused to lay off or at the very most calm down. She just kept calling Karen a rat and for a second there Vivica lost control of the show when everyone started yelling at each other.

Fortunately for her, things did calm down after the men left stage but all could see the fight between Karen and Natalie was far from over.

But Besides that incident, the ladies were laughing for the most part. They found that looking back on the past season and watching all the things they said, most of the time out of anger, was funny. So the reunion wasn’t all about fights and who’s a rat.

And since this season, Ang and Renee’s relationship has gotten better. Like, yes, there was that moment when they actually needed Victoria Gotti to come in and ply mediator but otherwise they’ve gotten back onto good footing with each other. Then again their relationship never crossed over to a physical altercation.

However, when Natalie and Karen got into that infamous fight, that was the point of no turning back for either of them.

Vivica decided to address what happened and that led to Karen to once again getting out her seat. She didn’t get to attack Natalie, because she was stopped in time, so that was good. But when Renee tried to calm Karen down – Karen then lost her temper with her and told her to “shut the f*** up”.

So it’s probably in everyone’s best interest to not interfere when Karen and Natalie go at it – which will hopefully happen in part of this reunion!