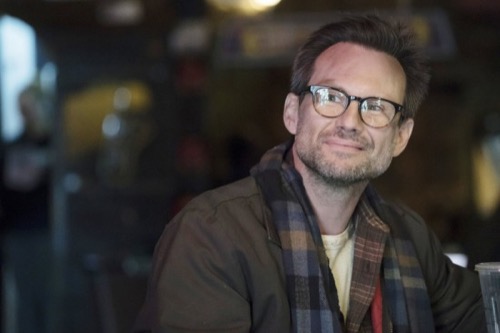 On the last episode, Elliot (Rami Malek) torn between job offer from evil corp and joining fsociety. @ same time elliot needed to make decision that harmed ppl around him. Did you watch the last episode? If you missed it, we have a full and detailed recap right here for you.

On tonight’s episode per say the USA synopsis “Elliot (Rami Malek) tries to lead normal life – but pulled back into fsociety. gideon (Michel Gill) gets suspicious. tyrell (Martin Wallstrom) plays dirty @ evil corp. I did it 4 the lulz.”

Tonight’s episode looks like it is going to be great and you won’t want to miss it, so be sure to tune in for our live coverage of USA Network’s “Mr. Robot” at 9:00 PM EST! While you wait for our recap hit the comments and let us know how excited you are for another episode of Mr. Robot tonight.

#MrRobot begins with Tyrell talking about investing in new technologies and cyber security. We see him working out and then talking about hacker vulnerabilities – there are more than 70 in their data centers. He rehearses a speech about not being shamed by Colby’s loss and nominating himself as a replacement. He slaps himself as he practices. He tells himself he will be the next CTO of the company.

He tells himself that over and over again while he waits. The big boss tells him he can’t see him because he has to meet a really good CTO candidate and says he’ll reschedule him in a couple of weeks. He dismisses him. Tyrell leaves and is glum. He pulls up in a crappy area of town. He gives a guy $300, takes off his jacket and puts on rubber gloves. The guy asks if he had a bad day.

He beats him. The guys lets him – that’s what the money was for. After some brutality, the guy begs him to stop. Elliot thinks about debugging software while he lies in the hospital. There are two women there – one is his shrink Krista, the other Shayla. He says he got jumped by some kids and she asks why he refused to be drug tested. He says he’s been taking morphine. She asks why and wants him in rehab.

Elliot thinks about how bad the network at the hospital is and that’s why he chose it. He tells her he won’t do morphine again and we see him changing his drug test results to negative then sniffing morphine later at a convenience store. There’s a sign there that credit cards can’t be accepted because of Evil Corp being hacked.

Shayla is with him and she asks if he’s why Fernando got busted. She says she doesn’t know what to do for money now. He denies any involvement. At his place, Darlene has busted the lock and let herself in. Elliot tells her to get out. She goes then Elliot says he has to go to work. Darlene left a magazine that said Jessica Alba wanted to join f society.

Ollie calls Stella and tells her that the guy who gave him the CD wants him to put it into a computer at work and about all the photos he had. Angela comes in and tells him that she found a wallet and tried to give it to the guy who dropped it but it turned out that it was from a stolen purse. The blackmailer calls Ollie and tells him he has 100 hours before he releases the info.

The guy then sends a message in what looks like Chinese saying that Ollie will break soon. Gideon holds a meeting at work then includes Elliot in a dinner invitation for his favorite employees. He says he has plans. Gideon asks to talk to him alone. Gideon says he’s missing work then comes in looking beat up. Elliot says he doesn’t want to talk about his personal life then walks out.

Elliot thinks the only way to protect himself is to never let anyone see his source code. Elliot is shocked to see Mr Robot at his desk and asks to take him to lunch and says Darlene told him they need to talk. He tells Elliot he’ll make a scene if he doesn’t come to the bar next door with him. Mr Robot is drinking an appletini and tells Elliot to get one too.

The bartender acts aggrieved. It’s becoming pretty clear that Mr Robot does not exist and is just a figment of Elliot’s troubled mind. Mr Robot tells him he’s sorry for hurting him. He says violence is only for people who cannot communicate. He says his dad probably felt bad for what he did too. He goes to leave and Elliot asks about the plan. Mr Robot says he’s the key and there’s no plan without him.

Elliot says he doesn’t believe that. He’s relieved and says fsociety is over and Shayla can be his GF. He says he can go see Marvel movies, drink lattes and heart things on IG. He goes and asks Gideon if the dinner is still on for tonight and he has a latte in his hand. He asks if he can bring his GF. Gideon is surprised. Gideon whispers to his secretary after he leaves – was he drinking Starbucks?

Ollie takes the CD to work as ordered and puts it into a drive. Then he takes it back out when he sees Angela come up. They leave. Tyrell is at home and chatting with his pregnant wife. He says he has to go out to a club for work. She asks if it’s for him or them. He says it’s all the same and tells her not to stay up. Elliot asks Shayla to go to the dinner party with him.

He says he’s not good in social situations and she says to ask the girl from his apartment. Shayla says he doesn’t know her – he thinks he does because he hacked her – but she says not stuff you find online. He asks her to tell him. She shows him some art she makes and never posts online. He asks to kiss her then she kisses him. She tells him not to ask and says it’s lame.

She tells him not to let her down. Tyrell runs into Anwar at the club. He tells Anwar he came to the club just for him – he says he thinks he’s beautiful and wants to take him home. Anwar is the CEO’s assistant!

Angela asks Elliot to introduce them to his date and he does. Ollie is fidgeting and being weird. Harry, Gideon’s partner gets the door. Harry asks how long they’ve all been dating and Angela and Ollie says two years and Elliot says just today. Gideon says he had the sysadmin check the server in Dulles again then apologizes. Elliot says after the talked on the plane, he didn’t want to get his hopes up.

He says that’s why he didn’t tell him before the meeting. Elliot cringes when he realizes a hug is coming. Gideon hugs him and tells him never to doubt himself. He tells him he cares about him. Angela and Elliot chat and talk about being kids and ending up at the wrong museum. She says she loved running away with him when they were eight. He thinks that he could get used to being normal.

His phone vibrates. He flips on the news and there’s a story about Evil Corp and that Colby was one of three high level executives tied to a toxic waste leak. It talks about how employees died of leukemia. That’s what Elliot’s dad died of – and the leaked emails show that Evil Corp knew about the leak and covered it up and knew that they were harming employees.

Elliot sees his normal life crumbling and that he has nothing to hide behind. He says Mr Robot found his bug. He goes to walk out and Angela tells Gideon that’s how her mom and Elliot’s dad died and follows him out. Elliot thinks back to his mom saying that his dad gave in and that’s what killed him. Elliot tells her that he misses his dad and she says there’s no point and it just makes him wake.

She tells him there’s no point in being sad and it’s a beautiful night. Elliot now sits on the same bench where he sat with his mom as a kid. Tyrell has sex with Anwar who tells him he’s a strange creature. He says he’s just a businessman. Anwar goes and starts the shower and Tyrell goes through his things. He clones his cell phone quickly and installs an app.

Anwar asks him to join him in the shower. Tyrell says in a minute. Angela comes home and finds Ollie pacing. She says she went to see Elliot but he wasn’t home. Ollie is annoyed but she says they know each other because both their parents died the same way. She says she doesn’t want to talk about it but he says he wants to talk about something.

She asks what he’s talking about and he says he has to tell her something. He shows her the stuff the guy was blackmailing him with then tells her it meant nothing. She looks through all the files. He says he wants to fix this. She says they’re going to break up. He says he knows he has a problem and she says she can’t be with a guy with his problem. She asks for the CD.

He says even if they put the CD in, the guy might do it anyway. He says they’ll figure it out. She says she’s just scared and then says she doesn’t want to break up with him. He hugs her and he says he loves her. Gideon is at work looking at some info on Colby’s arrest and makes a call about the server. Tyrell comes home and finds his pregnant wife wants to be tied up for sex.

He says he’s tired but she doesn’t care. He ties her up and they talk about the new CTO candidate. She wants to make a move since they don’t have a lot of time. She wants him to put a ball gag in her mouth and he does but is unsure it’s safe since she’s pregnant. Elliot goes to Coney Island to the hacker place. Darlene is there and so is Mr Robot. He takes a seat at and pulls out a computer. People gather round to watch him work. He shows them the plan to take out Steel Mountain.