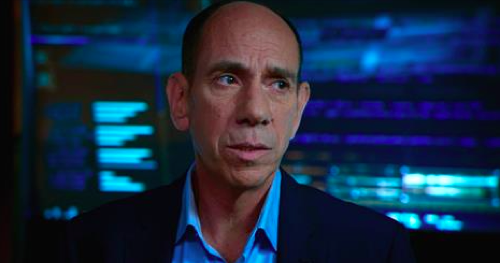 Tonight on CBS NCIS: Los Angeles continues with an all new Monday October 12, season 7 episode 4 called, “Command & Control,” and we have your weekly recap below. On tonight’s episode, Callen (Chris O’Donnell) and Sam  (LL Cool J) mysteriously receive a call.

On the last episode, a 20-year-old Peruvian massacre was investigated after a famous fashion model, believed to be one of the survivors, becomes a potential target. Kensi went to undercover as the model’s assistant, while Deeks posed as her chauffeur. Did you watch the last episode? If you missed it we have a full and detailed recap right here for you.

On tonight’s episode as per the CBS synopsis, “Callen and Sam mysteriously receive a cell phone and the caller threatens the lives of innocent people if the two don’t do exactly what he says.”

The team were just coming off of a grueling case where they arrested billionaire for funding domestic terrorism when they decided to give each other a break by enjoying a day off. However Sam and Callen never got the chance to enjoy sitting back, much less finish breakfast, when someone pulled a diversion tactic on them. Meaning the guys were looking in one place and thus missed the chance to see when a cellphone was dropped off at their table.

Now the phone was strange on its own but then someone called them. Their mysterious caller addressed both men by name and rank. Proving, whoever he was, he knew who he was dealing with. And when he knew he had worked them enough to cause real fear then that’s when he demanded they get rid of anything that could led their unit to tracing them or he was going to kill at least twenty people. So the guys weren’t actually left with a choice and the caller knew that.

They did as he commanded and got rid of everything. Their phones and their ear wigs. Thus there was no way anyone could track their movements.

And after they complied, the caller finally gave them hint about the twenty people that were in mortal danger. The guys figured out he had planted a bomb and with another hint they realized the bomb had planted at the nearby bus stop. So rushing to the scene, the guys cleared the bus stop out and saved everyone from the following blast.

Which, oddly, amused the caller. He said he didn’t think they were going to be able to save everyone and was thus left surprised by their capabilities. Yet the game wasn’t over. The caller wanted to see if the guys would be just as good at their next assignment.

He arranged for a way for them to sneak into a building where they could either steal millions of dollars in diamonds for him or watch as thousands of people were blown to bits. So again the guys had their hands tied. Though they managed to secretly send a message back to headquarters.

They purposely alerted traffic cameras to their whereabouts and, like they wanted, Nell and Eric picked up their location.

The guys saw the car that Sam and Callen were driving and they identified some of the tools in the tuck as things one would general used to break open a safe. So the fact the guys were located near the diamond district connected all of the dots. Earlier the tech guys found out about the cell phone so they knew what the caller was demanding Sam and Callen to do.

Though stopping him proved to be a problem. Back at headquarters, Eric and Nell came up with a name for their perp. Thus the mysterious caller was no longer mysterious and neither were his motives because the diamonds were in fact the cherry on top.

See, the caller was Chad Brunson and the team had had a run-in with his younger brother Tyler back in the day. And Tyler died because of sting operation gone wrong. So Chad has been out for revenge this whole time.

Apparently Chad was always protective of his little brother. And an example of this would be when Tyler had gotten in trouble at school. Well, the principle tried discipline Tyler for what he did but he never got the chance to carry out whatever punishment he had in mind. Chad later found him beat the older man to death for Tyler.

And just so the younger kid didn’t get in trouble, Chad also confessed to what he did before he went on the run.

So, judging from all appearances, Chad didn’t necessarily care about the diamonds. He merely wanted to catch Sam and Callen committing a felony seeing as they were the ones in charge of the sting with his brother – and even after they gave him the diamonds – he made anonymous call to 911 without telling them where the second bomb was located. Thereby completing his plan to get the men responsible for his brother’s death thrown into prison.

And as some of us may know, federal agents don’t do so well in prison.

But Chad was unaware about Deeks and Kensi. The other two followed Sam and Callen to their meeting with Chad and therefore they kept an eagle’s eye view on what was really going on. And after their fellow agents realized Chad was using a catering company to sneak his bombs – all four agents descended on Chad and his team.

Thus they got Chad in the end but right before he died he made it seem like the NCIS was going to collapse to one of its own. And the last anyone checked they had driven out the mole. So that made everyone question if they were actually safe?