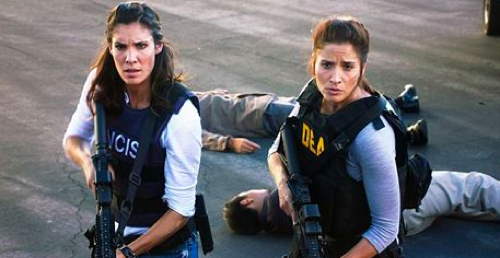 Tonight on CBS NCIS: Los Angeles returns with an all new Monday November 23, season 7 episode 8 called, “Defectors” and we have your weekly recap below. On tonight’s episode, the team searches for a missing teenage girl.

On the last episode, Kensi and Deeks went undercover as cult members to rescue a former Department of Defense employee brainwashed into revealing classified information, as the rest of the team worked to prevent the cult from selling government secrets. Did you watch the last episode? If you missed it, we have a full and detailed recap right here for you.

On tonight’s episode as per the CBS synopsis, “the team searches for a missing teenage girl who is feared to have been recruited by a terrorist organization.”

Tonight’s episode looks like it is going to be great and you won’t want to miss it, so be sure to tune in for our live coverage of CBS’s NCIS: Los Angeles at 10:00 PM EST! While you wait for our recap hit the comments and let us know how excited you are for the season 7 episode 8.

Tonight’s episode of “NCIS: Los Angeles” opened with a mystery. A man in his prime by the name of Lucas Belridge had been accidentally run over by a truck, but that wasn’t the mystery. If anything that part was pretty open-shut while the note that was actually found inside of Lucas’s car was the one that told a whole other story.

The note itself was revealed to be a hidden message that referenced one of ISIS’s best recruiters. So NCIS were tasked with figuring out whether or not Lucas was a terrorist or possibly a terrorist in the making. And to be honest it didn’t take that long for the guys to realize they were barking up the wrong tree.

Lucas hadn’t been a terrorist and his three cellphones could easily be explained. They were for his daily life on top of his two side jobs that his wife didn’t know about.

It seems Lucas had gotten fired for refusing to cheat on his wife and sleep with his boss. So he had to take whatever he could get and what he found was a job as a deliveryman. Which was in no way threatening. And a job as a professional driver for Uber.

Therefore the guys decided to look into the Uber angle seeing as there was chance one of Lucas’s patrons could have dropped the note. But by following a lead, NCIS found out about Zahra Yacoob. A 16 girl that had used her father’s Uber account to get a ride to a bus that would in turn take her to LAX airport.

Apparently Zahra had been recruited as an ISIS bride and no one had known about it. So while her parents had be worrying themselves over the daughter they believed was missing, Zahra had been prepared to betray their trust in order to go live as a jihadist’s wife. Because it looks like she wanted to have friends.

It seems the teenager had run into some problems at school that resulted in her friends mostly abandoning her. So naturally the young girl was lonely. And unfortunately teenage girls can be very susceptible when they find themselves ostracized.

Though in Zahra’s case, the woman that targeted her had at least pretended to be a modelling agent at first and then later won her over by making the young girl feel like she could really make a difference. Albeit with more than a handful of photos.

However, without knowing where in the world Zahra was at the time, Kensi had to play a part. She had to go to the modelling agency as a gullible model that wanted to have her time in the limelight. And it was there that Kensi got to get up close to the ugliness of bride recruitment.

See they didn’t just stop at tricking these girls into going war-torn areas. The agency did in fact take photos that unbeknownst to the girl were being used to accumulate interest overseas.

So Kensi pretended to be naive as they wanted her to be and, at the first chance she could, she went snooping around in hopes of getting information on Zahra and every girl that had passed through the “modelling agency”. But unfortunately Kensi was caught in act of doing so. And was unable to complete her search before the alarm had gone off.

And sadly one of the guys on the scene ended up making their escape. Therefore the only person that Kensi had in her custody was just another brainwashed woman who believed she was more than a glorified pimp. Meanwhile the real mastermind had gotten away and as apparently still had two girls waiting in the wings.

But thanks in large part to Nell and Eric, the guys did eventually find the all three teenagers before they could board their flight.

And it turns out they didn’t need that much convincing. It seems they had begun to think about their respective situations after they left home and out of the three – two of them had seen this mistake. So Kensi was able to talk them down and get them to come with her for their own good.

Though just as their case was being resolved, LAPD moved in and they arrested Deeks for the murder of Francis Boyle. A charge that for some reason doesn’t appear to be all that surprising to Deeks.