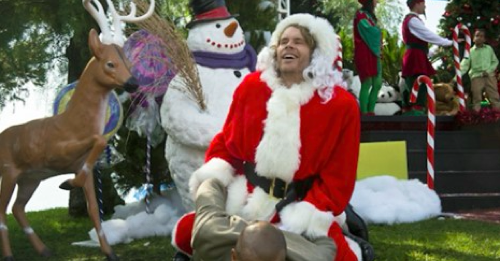 Tonight on CBS NCIS: Los Angeles returns with an all new Monday December 14, season 7 fall finale called, “Cancel Christmas” and we have your weekly recap below. On tonight’s episode, a suspected North Korean spy is poisoned and hit by a truck carrying Christmas trees. The team investigates and tries to learn who is smuggling spies into the country. Meanwhile, Deeks (Eric Christian Olsen) and Kensi (Daniela Ruah) try to include their mothers in their Christmas plans; and Hetty (Linda Hunt) notices that Granger (Miguel Ferrer) isn’t in a holiday mood.

On the last episode, the team searched for a missing teenage girl who was feared to have been recruited by a terrorist organization. Did you watch the last episode? If you missed it, we have a full and detailed recap right here for you.

On tonight’s episode as per the CBS synopsis, “when a suspected North Korean spy is poisoned and hit by a truck carrying Christmas trees, the team must search for who is responsible for smuggling spies into the country. Also, Deeks and Kensi try to find a way to include their mothers in their Christmas plans, and Hetty notices that Granger isn’t feeling the holiday cheer.”

Tonight’s episode looks like it is going to be great and you won’t want to miss it, so be sure to tune in for our live coverage of CBS’s NCIS: Los Angeles at 10:00 PM EST! While you wait for our recap hit the comments and let us know how excited you are for the season 7 episode 9.

Jason Lam was once suspected by Homeland Security of being a spy for North Korea. However, there’s a possibility that North Korea changed its mind or that Jason simply had a lot more enemies than a national government agency could have guessed because either way Jason had recently been murdered. And it was up to the NCIS team to bring his killer to justice on tonight’s all new episode of “NCIS: Los Angeles”.

Although it was a literally a race against the clock for our beloved team. Usually they try to give their victims’ the necessary respect but this time they were worried about their family members coming in for the holidays. Sam had to pick up his son from the airport and both Kensi and Deeks were only children that wanted to and yet could not abandon their mothers at this time of the year.

So everyone had places to go and people to see. But for some reason Callen wasn’t all that worried about being late for a dinner with Noel. If anything it seems like he forgot all about her and just wanted to focus on the case.

Though speaking of the case, it wasn’t hard for them to figure out a suspect. Jason had apparently been Mike Hobbs’s partner in a creating fake handbags and their partnership had come to end when Mike had gotten caught while Jason was allowed to roam free. So it was easy to see why Mike would hold a grudge but the kicker was that he had been released a few days before Jason died.

Therefore Mike looked like the team’s best guy. He had motive and he had means. Yet, sadly for them, they found Mike in a muck he must have slept in. Meaning he was in no condition to have killed Jason.

But, luckily, security cameras did pick up the person that carried out the act. A young woman in a blond wig had inject Jason with what looked like an EpiPen and she had quickly disappeared off the scene before the feed could pick up her face. So the team were back at square one.

And the one thing they could of was to ask the store that Jason had last visited if he was a regular customer. They said he wasn’t and the guys believed them. That is until they went over to Lam’s and found what looked like a hundred of the shop’s special robots just lying around. And realized they had been lied to.

Plus someone had turned on the oven at the house so they also figured out that someone had tried to burn the place down right before they showed up.

So Deeks and Kensi returned to the shop and they were carrying out a surveillance while Callen did some digging on his end. However Callen ended up running into Jason’s killer who had also tried to kill him. And Sam was nowhere in sight.

Sam finally had to leave the guys to go pick up his son and that meant Callen was out in the field alone. And for a second there, it really did look like Jennifer Kim had gotten the drop on him. But Callen had landed the right karate kick at just the right time.

And he later took Jennifer into custody where he demanded to know what her real name was. Jennifer Kim had been an alias and no matter how hard Nell and Eric tried – they couldn’t find out who she actually was. Though they did find something peculiar.

They found out Jennifer” had worked at MH Imports. Which was Mike Hobbs’ former company yet he told Callen that he didn’t recognize the young woman. So that’s when the team knew that Mike had been holding back on them.

As it turns out, Mike had had a list of North Korea’s operatives’ names. He had followed Jason one day and put the pieces together once he realized a mere toy shop was in fact a command center. And Mike being greedy, wanted to sell the list.

But Callen got to him first and decided to use him to stage a trap with the officials coming to pay Mike off.

And so a plane was carried out. Mike arranged to meet a couple of men in suits at a Christmas fair on the pier and he later gave them the list in return for cash. But then they tried to kill him and Callen had to save his life.

So the plan went bust and the team were racing to catch everyone before they could escape. And Sam came back. He had left his son in the car and had helped out his team.

Meanwhile back at headquarters, Granger told Jennifer a story. He said that he had known her mom back in the late eighties and that he could guess what happened to them. Jennifer’s mom probably taught her English but that put her on the radar and led to the North Korean government taking her away where they could train her. And chances are she hasn’t seen her mom since she was a child.

And so Hetty wanted to know if any part of the story about him and Jennifer’s mother was true. Although he never really gave her a clear answer. He just said “Happy Holidays”.

So there’s a chance that Granger could have a pretty big secret. But Deeks had at least come clean on tonight’s episode with his own secret. He told Kensi that John Quinn didn’t kill Boyle, he did. Although he did so to protect Tiffany and funnily enough Kensi had pretty much guessed the rest.

And afterwards everyone got the chance to enjoy the holidays with loved ones. Including Callen who finally realized what this time of year is all about.