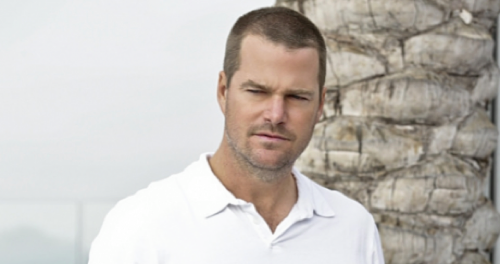 Tonight on CBS NCIS: Los Angeles continues with an all new Monday April 20, season 6 episode 21 called, “Beacon,” and we have your weekly recap below. On tonight’s episode, Callen [Chris O’Donnell] and Sam [LL Cool J] are shocked when an old acquaintance they thought had been murdered shows up and asks for their help.

On the last episode, Callen and Sam worked undercover as a prisoner and guard to infiltrate a white supremacy group believed to be in possession of stolen nuclear material. Kensi transformed herself into a tattooed biker chick to play Callen’s girlfriend. Meanwhile, Callen’s first meeting with Hetty was revealed. Did you watch the last episode? If you missed it we have a full and detailed recap right here for you.

On tonight’s episode as per the CBS synopsis, “Callen and Sam are shocked when an old acquaintance they thought had been murdered shows up and asks for their help. Their investigation uncovers a possible breach of America’s economic sanctions against Russia.”

The apparent body of Arkady Kolcheck has been found on tonight’s brand new episode of “NCIS:LA” and sadly for one of their one that means Callen might never learn his father’s identity.

Remember a while back, Arkady kind of dropped into his life and then proceeded to tease him with the information. And in case that wasn’t bad enough the former KGB agent also eluded to there being one big secret behind it all. Thus, he ensured he wet Callen’s appetite.

And yet he did so only to then disappointment him.

That moment, the one he waited years for, never came. Because before Callen could find some answers, events and the unfortunate situation at the time ended up getting in his way. So in actuality that should have been the end of one very confusing and troubling chapter in a federal agent’s life. But here’s the thing, Callen still believed Arkady was alive.

A body was found but who’s to say it belonged to Arkady?

Security footage from a local parking garage seemed to have picked up only some of what went down. So all the team did see was Arkady running and a car exploding. And apparently Callen didn’t want to make snap judgement on the body they found on the scene.

One it was badly burned and two he was also probably deluding himself. And on the last part, Sam thought so as well.

However Callen was right in this instance. And low and behold Arkady was alive. He was just hiding while he believed someone was out to kill him. Hence he only revealed himself to the two agents when he finally admitted to himself that he needed help from the NCIS unit.

Though this help he was demanding came with strings attached. For example, no one wanted to find themselves suddenly breaking the law all because a former KGB agent led them on a wild goose chase. So either had to tell them why people were hunting him or Hetty was going to let him loose.

And though Arkady refused to give up even a drop before he had to, he did eventually tell them why he was being hunted.

See, Arkady had made arrangement for a shipping company that wanted to circumvent certain US sanctions. And what he was shipping for them was enough oil, translated into cash, that could fund an entire country or war. So, in this case, it was the same people that hired had him to do the job that now wanted to kill him.

Apparently, the DOJ was looking into the company and so the owners didn’t want to take any risky chances and were prepared to cut their losses. They contacted Arkady and told him they wanted him to return their shipment to them and that would be that. But, according to Arkady, once the boat left dock – he lost sight of it. So how could he return something that he in turn lost?

Or so he claims!

Thus the price on Arkady’s head came about when he failed to adhere to the number one rule in business. The client is always right! And seeing as no one wants a foreign country to get their hands on that shipment – Hetty gave the go ahead to her team to conduct an operation.

They used Arkady as bait and took down the people that had initially hired Arkday. Though an unexpected addition also came to the meeting. And so they had taken down another assassin as well.

But funny story about the second assassin. The man never once took aim at Arkady. It seems like his motivation was always to kill the company owners that had suddenly lost their oil.

Odd, that! Yet Arkady didn’t look like he wanted to stick around to find the answers. So at the first chance he got, Arkady left and once again Callen was left with literally nothing. As in Arkady didn’t reveal any secrets (not even about himself) and despite assisting him – he and the vanishing shipment just could not be found once the dust settled!