BY Kristine Francis on May 11, 2015 | Comments: one comment
Related : NCIS, Recap, Television, TV 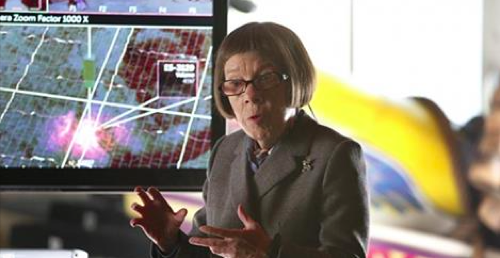 Tonight on CBS NCIS: Los Angeles continues with an all new Monday May 11, season 6 episode 23 called, “Kolcheck, A,” and we have your weekly recap below. On tonight’s episode, Callen [Chris O’Donnell] and Sam [LL Cool J] search for Arkady when crew members from the missing oil tanker used in his deal with Russia are found dead in the ocean. Their investigation also uncovers Arkady’s personal connection to the ship.

On the last episode, the team searched for a former Marine and expert sniper who escaped a veterans hospital when they discovered his connection to the leader of an extremist group. Also, the case reminded Kensi of her past as a sniper. Did you watch the last episode? If you missed it we have a full and detailed recap right here for you.

On tonight’s episode as per the CBS synopsis, “Callen and Sam search for answers when they find dead crew members from the missing oil tanker used in Arkady’s deal with Russia, and also discover Arkady’s personal connection to the ship.”

A body washed ashore on tonight’s all new episode of “NCIS: LA” and unfortunately it’s brought Arkady back into the picture.

The last time Arkady was involved with a case, several dead bodies popped up. There were two assassins that had to be dealt with. And, oh, a brother-sister duo were put into jail before they could start another war.

And this time, Arkady didn’t bother going to the NCIS for help. Something immediately went wrong and he got so scared that it made him run.

So of course it had something to do with the missing ship that last we heard was carrying over 100 million dollars’ worth of oil. Oil is apparently the one currency that’s actually universal. And, surprisingly, such a ship could ultimately fund a war.

But that same ship was never found or retrieved when the agents first heard about it. Arkady had claimed had lost track of it and that he had no idea where it was. And so the location of the ship remained a mystery until one of the crew members suddenly washed ashore one day.

Prior to that, everyone had pretty much forgotten about the ship. They figured if they couldn’t find it then neither could anyone else. Yet things are different now and more bodies are popping up by the minute.

The brother and sister that had initially hired Arkady to move the oil for them were both found dead. And the assassin attached to their case could mean something very bad for the US government. See, cyber intelligence revealed that a known criminal Karposev was in a fight with Arkady over the location of the shipment. And that means things can get really bad very quickly.

Karposev, in no uncertain terms, does not value human life. So even Hetty is worried about him and what he can/ will do if he get his hands on the ships. And that’s if he doesn’t already have it.

A dead crew member could honestly mean anything.

However Arkady doesn’t really kill people anymore. He’s more in brokering deals now. Meaning there has to be a client and a seller. Else, why would he involves himself?

Hence, when the guys did get their hands on Arkady, they had to ask him some very tough questions. And though Callen and Sam had built up a slightly off-beat relationship with him – the other man was strangely silent with them. As if he had something to hide so wasn’t in a joking mood.

But that all change when it was proven that Karposev was the one behind the assassinations on the original sellers. Surprisingly the two knew how to find the shipment. The brother had put everything, including a tracker, on his laptop and it’s likely that he would have gone after it once he was released from prison.

Yet he died and it was Deeks and Kensi later caught one of Karposev’s men’s at the scene.

So after that the guys couldn’t keep playing around anymore. They had to make a deal with Arkady and what do you know he was desperate enough to take it. See Arkady wanted to go with them when they found the ship. He said one of his own was on it and that he wanted to protect his people.

Karposev had kidnapped a woman by the name Anna. And Anna was important to Arkady. But it wasn’t until they found the ship still docked in LA that the truth came out.

Sadly for Arkady, Anna was not on the boat. Nor for that matter was the oil because Karposev had already run off with both. And it looks he was going to hold an auction for the oil.

Anna, though, was Arkady’s daughter and so when he heard that Karposev had gone back to Russia – he knew he was going to follow him. And he invited Callen to come with him to help.

After all Callen wants to find out about his father and Arkady knew he could use information as bait.

So despite Sam warning him away, Callen had to take the offer and go help Arkady rescue his daughter from a mad man. It’s been established that Karposev is dangerous but with that oil he also become next threat lev el dangerous. And Arkady couldn’t take such a man on alone.