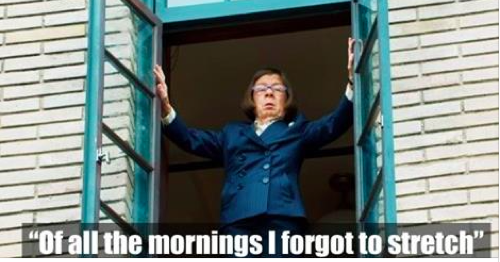 Tonight on CBS NCIS: Los Angeles continues with an all new Monday April 27, season 6 episode 22 called, “Field of Fire,” and we have your weekly recap below. On tonight’s episode, the team search for an expert marine sniper who escaped from a veterans hospital when it’s discovered he’s connected to the leader of an extremist group. Meanwhile, the case reminds Kensi of her past as a sniper.

On the last episode, Callen and Sam were shocked when an old acquaintance they thought had been murdered showed up and asked for their help. Their investigation uncovered a possible breach of America’s economic sanctions against Russia. Did you watch the last episode? If you missed it we have a full and detailed recap right here for you.

On tonight’s episode as per the CBS synopsis, “the team searches for a former Marine and expert sniper who escaped a veterans hospital when they discover his connection to the leader of an extremist group. Also, the case reminds Kensi of her past as a sniper.”

The team was actually in the middle of discussing parenthood (and possible parenthood for some), thanks in large part to Deeks bringing up the topic when he recently decided to become a mentor, when a case that seemingly came out of left field caused great alarm in the department. Apparently, on tonight’s all new episode of “NCIS:LA”, a mentally disturbed veteran had escaped the VA hospital he was checked in and now no one knows where to find him. Or if he’ll be a danger to himself and others.

Hence the race is on to find him but to do that he also have to figure out what kind of man they’re looking for.

Former Marines Sgt. Connor Rutnam was once a sniper. And highly decorated one at that. However, things began to change for him after one too many missions/ deployments abroad. As it turns out he was one of the unlucky ones.

PTSD eventually kicked in and soon he was unable to even function properly in regular everyday life. So, that being the case and with the help of his family, Rutnam booked himself in at the nearest clinic. And everyone believed he was getting better the Veteran’s Hospital.

Both his wife and his daughter noticed improvement. But unfortunately for them, that may have all been a show.

Not long after he started to “improve”, Rutnam attacked an orderly and used his uniform to escape the hospital. Though Rutnam’s plan seemed to be more thought out than what anyone thought the mentally unstable man was capable of. See, once Rutnam was free – he then caught a ride with someone that appeared to be waiting for him on the outside.

A witness, a veteran himself, described the getaway car to Sam and Callen and he said the driver looked middle-eastern.

And later the boys found drugs hidden beneath Rutnam’s bed. So they sent Deeks and Kensi into the Veteran’s hospital undercover and the guys found a drug pushing orderly. Now the guy they picked up was a dealer but he wasn’t the one feeding drugs to Rutnam. If anything he said it was Rutnam’s friend, Mark Simmons that has been supplying their sniper.

Mark it seems had served as well but a few months ago he was dishonorable discharged after he got involved in a radical group. One that called for eradication of all Muslims in America. But, you know what’s odd about Mark? For a man that claimed to be anti-Muslim – why did he hire someone from the Middle East to go pick up Rutnam from the hospital?

They eventually connected Mark to the same man that had picked up Rutnam and no way would this man have facilitated a hate crime against people that for all intent and purposes looked like him. However, if there was a larger plan at play then maybe the idea wouldn’t be so ludicrous.

A terrorist group was using Rutnam and feeding the poor veteran drugs in order to better manipulate him but further investigation revealed it wasn’t the Aryan group working with Simmons. In fact it was extremist Islamic group that recruited Simmons earlier that wanted to stir up an Anti-American mentality. And in all honesty if NCIS hadn’t been involved then that plan could easily have worked.

Just the idea that an American hero back from war and who, after he experiences personal setbacks, has suddenly decided to go off on a killing spree – would scare nations with any sort of American Military. And who knows where that would have lead.

But, luckily, that’s not what happened. Because NCIS did find their victim and he is a victim by the way. And they stopped him from willfully killing on Simmons’s orders.

So the team saved the day but on tonight’s episode they came a little too close to seeing what the next world war could like!