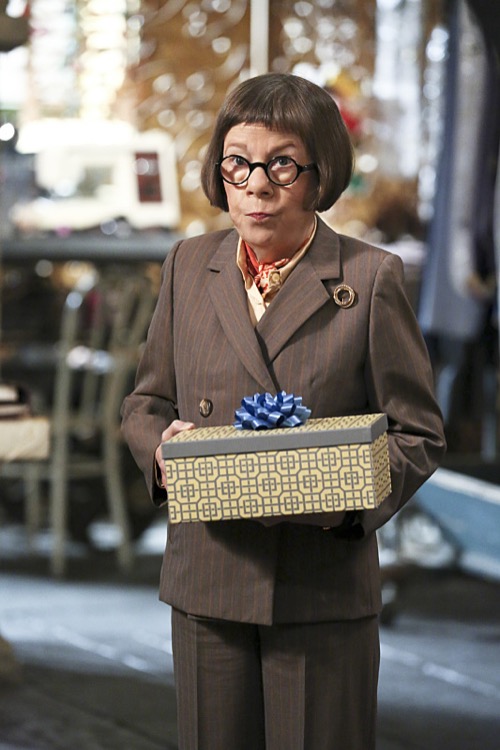 Tonight on CBS NCIS: Los Angeles continues with an all new Monday September 21, season 7 premiere episode called, “Active Measures,” and we have your weekly recap below. On tonight’s episode, season 7 begins with Callen (Chris O’Donnell) going rogue and embarking on a secret mission that leaves Sam (LL Cool J) and the team in the dark.

On the last episode, the case involving Arkady and his personal connection to an oil tanker now lead Callen, Sam, Deeks and Kensi to Moscow, where the team had to assume multiple undercover identities to locate their suspects. Meanwhile, Callen uncovered new information regarding his father. Did you watch the last episode? If you missed it we have a full and detailed recap right here for you.

On tonight’s episode as per the CBS synopsis, “season 7 begins with Callen going rogue and embarking on a secret mission that leaves Sam and the team in the dark. Hetty demands his operation be shut down and that the team intercept him before it’s too late.”

Callen was keeping secrets from his unit. No one knew why and everyone had theory but none of them meant anything good. So Callen’s friends were left in the awkward position on tonight’s season premiere of “NCIS:LA” of having to spy on one of their own just to find out what he was up to.

See, things had ended quite ugly for Callen last season. He came very close to meeting his father when the rug got pulled from underneath him when he was suddenly told that the older man had died a few years back. So while it may be acceptable that Callen is now no longer sharing with the group – particularly about his feelings – his complete silence about his after work ops, and he was caught in an op, is something his unit has to investigate.

Not only is Hetty worried about Callen but Granger has already had to deal with one mole inside of the organization and doesn’t want to have to deal with another. Thus those two had to make a call and they were the ones that asked Sam to spy on Callen. Sam had to see where the other man went and hopefully figure out what he’s up to and whether or not it was legal.

Yet Sam and Callen have been partners for years. And so that meant that Sam could be a little too close to the other man in order for him to see the bigger picture. So Sam then had to take a simple assignment and turn into a project for the entire team – in other words he outsourced the spying on Callen job to the others because he felt they would be more objective.

And, though no one liked the idea of spying on Callen, they did agree to do it.

There were simply that were off for all of them ignore. For instance there was a man that was following Callen one day and Sam had to step in to save his partner. At the time Callen claimed not to know why anyone would target him but back at the office the tech guys traced their shooter back to the CIA.

The CIA apparently had something in play and Callen it seems has stepped right in the middle of it. Subsequently they are both looking for the same man – Arkady. Arkady was said to have died but no one actually believes it. So it was revealed that Callen has been trying to track him down and has even gotten into bed with Russian mobsters for a lead.

Hetty didn’t want to believe the worse like Callen possibly doing the mobsters an illegal favor but Granger knew they couldn’t afford to take chances. So he put out a BOLO the second he found out who Callen had been talking to.

And sadly that led to citywide search. Callen was a hunted man though nothing was coming up on any of the security feeds until the local police eventually spotted Callen’s car. Then in a scene reminiscent of OJ’s car chase, the police were led by Callen all over the city only for him to shake them off in the end by ditching the car in an easily accessible valley.

Naturally, Hetty and Sam were there waiting for him. But Hetty didn’t want to use anything stronger than taser on. And Sam had his own plan about what to do with Callen.

In the final hour Sam ultimately chose to trust his partner. He knew that Callen must have been doing everything he did for a reason and that the reason would probably clear his name. So Sam merely pretended to Callen let go when he could have caught him and that allowed him to get close enough to Callen to plant a tracking device.

And do you know where Callen went? He returned to the mobster’s house. It seems that while he was interested in finding out what happen to Arkday – he came across the newest option that the mob and also terrorists have been using as currency.

That’s what Callen’s whole undercover op had been about. Sure he wanted to know Arkady whereabouts or final resting place but when he realized that the mafia had been stealing paintings and using them to fund their more radical endeavors – he had to step in and find a way to stop them. And it didn’t want to blow back on the agency if he didn’t succeed.

Did Hetty like it when she found out? No. She felt Callen should have trusted her enough to let her in on the plan.

But, as it turns out, Callen knew about the device that Same put on him. And he willingly let his people follow him so that they could finally know what he had been doing.

And let’s just say Hetty wasn’t happy with Callen when all was said and done. If he wanted to know what happened in Russia then he should have asked her. Hetty has a folder for everything!