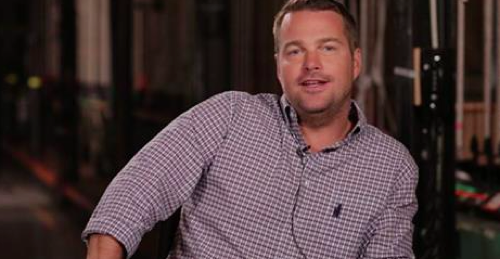 Tonight on CBS NCIS: Los Angeles continues with an all new Monday September 28, season 7 episode 2 called, “Citadel,” and we have your weekly recap below. On tonight’s episode, DEA agent Talia Del Campo (Mercedes Mason)  seeks help from NCIS after her partner is murdered.

On the last episode, season 7 began with Callen going rogue and embarking on a secret mission that leaves Sam and the team in the dark. Hetty demands his operation was shut down and that the team intercepted him before it was too late. Did you watch the last episode? If you missed it we have a full and detailed recap right here for you.

On tonight’s episode as per the CBS synopsis, “DEA agent Talia Del Campo seeks help from NCIS after her partner is murdered. Meanwhile, Kensi grows suspicious that Deeks is hiding something, but he surprises her by introducing her to his mother.”

DEA Agent Talia Del Campo sought the NCIS’s team help on tonight’s all new episode of “NCIS: LA” and it didn’t look like she was kidding about being in fear for her life.

Someone had taken a shot at Talia. Kensi and Deeks had arrived at her hide-out and were in fact in the middle of reassuring her when suddenly several shots rang out. So rather than write off her incident as a one-time thing – they had to take the threat both to her life and to a federal agency seriously.

Earlier, before weapons were drawn, Talia had been investigating her partner Agent Moore. Moore had been with the DEA for fifteen years yet recently something wasn’t right about him. And it was enough for his partner to grow suspicious.

Thus she had taken steps to look into his dealings and, unfortunately, that’s how she found out that her partner had been on the take. At first he was pretty discreet about it but, after she found out he had made a copy of all the agents out in the field, that’s when she knew he was working with the cartels. And that he was at risk of getting numerous agents killed.

And so she brought him. Talia hadn’t taken any joy from it but that was her she job and so she came up with a plan. Not long after arresting him, she was going to find out who he had been working for and on a personal note found out why he was willing to betray his country.

But according to Moore, he said he never had a choice. That whoever “they” were ended up stripping him of all choices.

And that was as far as he got when another dirty agent came storming in. Agent Mark Moore was then killed before he could reveal who he was working for. And Talia in turn had to kill the second agent in order to make it out of the interview room alive.

So following that mess that just happened to have gone down in middle of DEA headquarters, Talia knew that any and all investigations from then on out had to be planned offsite. Where hopefully no other dirty agents could get to her. But somehow reaching out to NCIS didn’t actually help. The armed men only arrived after the arrival of the NCIS agents.

As if someone at those offices had clued them in.

So there was a leak in more than one agency and the only place they could think of to get to the bottom of what was happening was the Citadel. The Citadel was where the HL7 testing services were carried out and it was the results from those same tests that determined whether or not an incoming agent was capable of being out in the field.

Deeks has some troublesome memories of the place when he was trying out for NCIS so he knew how hard the test were. Yet, to get to whoever was leading the rogue agents, Sam and Callen knew they had to get inside the Citadel and pose as incoming newbies. So Sam went in as a guy who was going to pass the test and Callen went in as someone that was going to fail the test.

Which, as it turns out, wasn’t so hard for Callen. The test brought up some remaining feelings about his father and so truthfully there’s a chance he would have lashed out even if those tests had been real. But upon failing the tests, Callen ran into Jon Bennett and then he made a “friend” out of poor Jon.

Now typical someone that has failed the test should have been immediately escorted from the building. Yet Jon didn’t seem like he wanted to let Callen down and, instead he oddly approached him with an offer. He told Callen that he could still get a job with high clearance if only he was willing to bend the rules a bit.

And that’s how everything began to add up. Jon and the person he works for probably got a lot of dirty agents because once a person agrees to take a job they got from an unauthorized deal then their forever in someone’s pocket.

Take what Moore said in the beginning as an example. They got to him from day one and then he couldn’t reveal he failed a test and that his job was handed to him with strings. That would have incriminated him as well as his puppet master. However more was done to keep these particular agents compliant and, after making a deal with a very frightened Jon, Callen got the young man to tell him all about the shadow agency that had been working behind the scenes.

First they bribed their agents and then they threatened family members. So under no circumstances would anyone have talked. And Jon wouldn’t have been any different but the mere idea of solitary confinement that Callen had been threatening with – made him tell NCIS everything he knew.

He admitted that the person that had been studying the test results, a Dr. Susan Rathburn, was also the same person they were looking for. See while she was studying the results, Rathburn determined who would most likely be willing to bend the rules and that’s how she was able to recruit people over to her side. So she’s smart and she has a lot of resources at hand.

And when NCIS tried to apprehend her, she wasn’t all that scared to let loose her own personal snipers. Thereby allowing her to escape the trap they had set out for her.

But what the good doctor hadn’t counted on was Hetty. Rathburne didn’t think she was a threat because she had seen Hetty’s test results. So Hetty took a great deal of pleasure of telling the other woman how she was able to fake her results – the HL in HL7 actually stood for Henrietta Lang.

And there was no way Rathburn was going to be able to threaten or frame her.

So the team arrested Rathburn and, after they spent a day with someone laughingly flirting with Deeks, Deeks decided that Kensi was finally ready to meet his mom. She had come over a few days ago and he had been hiding that little tidbit until no longer felt like he had to.